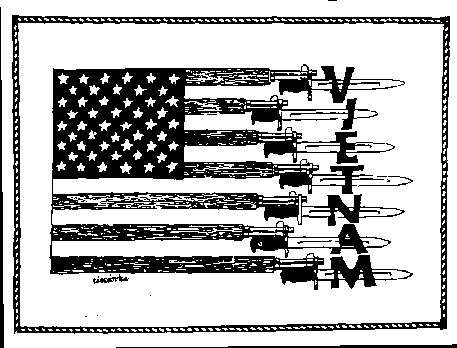 There are four estates, the fourth of which is journalism. We are the fifth because we are something different than Detroit’s other newspapers. We hope to fill a void in that fourth estate a void created by party-controlled newspapers and the cutting of those articles which might express the more liberal viewpoint. That’s what we really are--the voice (I hate that word) of the liberal element of Detroit. This does not mean that everything in the paper will be slanted or written with the so-called “far left” creeping through every space. We want to be a truly free press. If it’s good, if it has a name, and if it’s sincere, it will be in the Fifth Estate. If not, you can probably find it in the News.

There is no editorial because this paper does not have a policy. I may have personal bias and certainly will print it but not here and not in an editorial. If I want to say something, it will be in a column. This paper is only a sounding board for new ideas, events that would need and do not get proper publicity. Letters to the Editor not published in the News or Free Press can be printed in our letter column. We will be labeled radical, socialist and communist. But you can call us just “honest”. It’s what were going to try hard to be.

Our finances must come from subscriptions if we are to survive and expand. Next issue will be at least six pages and will have a complete Calendar of Events unsurpassed by newspapers in or out of Detroit.