We recently received the good news from England that some of the six comrades who were arrested last spring on charges of “Conspiracy to Cause Explosions” (see “Anarchists Arrested in Britain,” FE #293–294, August 21, 1978), have been released on bail and the “Conspiracy” charges have been dropped. 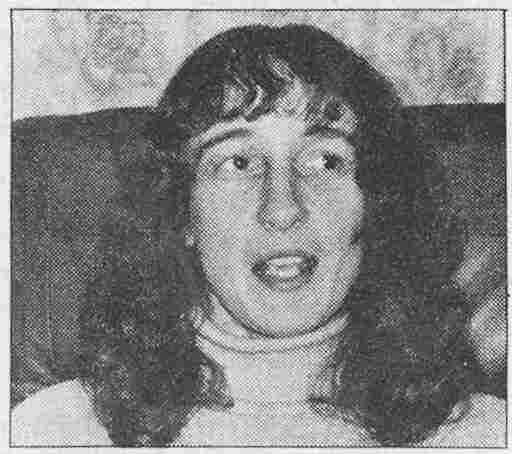 The six were arrested in a series of raids throughout the British Isles, after which the news media had a field day reporting on so-called “anarchist cells” and the emergence of the “new Angry Brigades.” But it wasn’t long before the government’s prosecution on “conspiracy” charges fell flat; it seems their only evidence was packets of sugar, flour, weed killer and some garden wire. Not exactly what one would choose if planning to construct a bomb!

The comrades who were recently given bail are Trey Dawton, Taff Ladd, Vince Stevenson and Iris Mills (Mills was the only woman arrested in the police raids and was kept in almost complete solitary confinement in the top security Brixton men’s prison. Unfortunately, this doesn’t necessarily mean that all of the comrades are out of the woods.

Although the government has been forced to drop the charges of “Conspiracy,” they now have brought 30 new charges against the six which include such things as bank robbery and the possession of guns and ammunition. (The Dec. 23, 1978 issue of the London Guardian newspaper reported that one of the six has admitted to six of the charges, but since we have heard no news of this from comrades in England, we don’t know if this is accurate.)

It now seems quite evident that the only conspiracy is that of the British government and the British Anti-Terrorist Squad.

Over the last year, Britain’s police chiefs have been asking for more and more power. The passing of the Prevention Against Terrorism Act by the British Parliament last year was the first granting of this new power, but since there aren’t any Red Brigades or RAF functioning in the U.K., the police, in an attempt to show that their new preventive laws were needed, created a “terrorist threat.” Of course, their first choice was the anarchists. It seems now that Britons are being prepared for a militarization of the police and the country in general as the economic conditions in the U.K. get steadily worse.

In a recent letter, a comrade in Britain wrote, “In 1974 Heathrow Airport was occupied by the police and the army in January, June, July and September supposedly to prevent Palestinians from shooting down an aeroplane and one of the other reasons was to protect the delegates arriving for the Socialist International Conference. There have also been cases where soldiers have been seen in the London tube (subway) boarding trains with rifles over their shoulders. Actions like these seem to be no more than getting us used to seeing armed police and army parading- in the streets. Do you follow me?”

Taking into account the use the London police have made of new anti-riot practices against groups opposed to the National Front (Britain’s relatively new neo-fascist party) and the police and army occupation of London over the December Holidays (supposedly to stop a new wave of bombings by the Irish Republican Army), the militarization and the stifling of all political and social opposition to the government in Britain seems to be well on its way. And this is where the arrests of the six anarchists comes into play, since all the questioning when people were raided and when Iris and Roan were arrested, related to their ideas, about anarchist groups and about anarchism in general. Iris herself was told that the case against them was a political case and that the police would use their (the anarchists) ideas. The question of whether any of the six is innocent or guilty appears irrelevant. The case will be fought and won or lost not on guilt or innocence but on their political ideas and how much hysteria can be generated in time for the trial.

As our British comrades point out, if the six are convicted, the State will have the perfect excuse to push through all the repressive legislation it’s got in store without even suffering the inconvenience of a ‘real’ terrorist group in England; and after the six, who will be next?

Note: Any support that you’d like to send to the six comrades can be sent to either Persons Unknown, Box 123, 182 Upper Street, London N1, England, or to Black Flag, c/o Box A, Over the Water, Sanday, Orkney, Scotland.

A more in-depth article on the history and background and present situation of the six comrades can be found in the latest issue of Black Flag (available at the above address).