Bits of the World in Brief 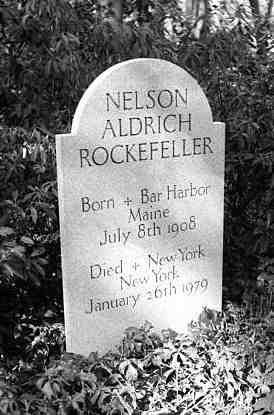 How beauteous it would have been to see your lifeless corpse dangling from the iron gate before your majestic estate, as the flames began appearing as ghosts might appear in the windows of the second floor. To hear the sound of breaking glass, and the occasional report of a gun, to see the broken fragments scattered across the lawn, discarded during the looting, the smell of smoke, acrid and oily of your burning limousine, your shiny rich man’s shoes turning like a weathervane, first south, then east, then south, then west, then north, in the direction of all your crimes...
But you died in comfort, perhaps surprised that you were not, after all, immortal. Attica went unavenged. I think of you and I spit, happy at least that you are dead and gone!
—Mr Venom

XINGFU COLA HITS THE SPOT—The first television commercial in Chinese broadcasting history has been shown by a Shanghai station, Japanese monitors of Chinese broadcasts reported March 12. It showed a well known Chinese basketball star and several of his teammates guzzling a newly introduced soft drink. The name of the new drink is Xingfu Cola.

ARMY REPRESSION IN SPAIN—The Spanish libertarian magazine Bicicleta, which publishes in Valencia, has been subjected to military indictment at the insistence of the government. As a result of an interview with a conscientious objector, Jose Luis Navazo, entitled “Break Ranks,” in which various aspects of military insubordination and conscientious objection are discussed, the Ministry of Culture denounced the publication before the Court of Madrid for alleged “insults” against the Army. Later, the denunciation passed under military jurisdiction when the Court ruled in favor of the military. The editorial collective, including the conscientious objector, Navazo, have been summoned before the Court. One collective member was quoted by Spanish newspapers as saying, “It is enough to point out that the initiative against our publication came not from the military, but from the Ministry of a ‘democratic’ government whose mission is to protect the press from censorship.”

HOPELESS DOPES—Paraquat spraying of marijuana fields will continue as usual in Mexico according to a High Times magazine reporter who accompanied President Carter on his recent trip to Mexico.

White House press secretary Jody Powell was quoted as saying that Carter and Mexican president Jose Lopez Portillo did not discuss the environmental and health aspects of the controversial herbicide paraquat during their meetings. Powell did say that Carter and Portillo discussed finding acceptable markers that will give color and odor to paraquat-treated marijuana that might later be harvested and shipped to the United States.

Mexican attorney general Oscar Flores Sanchez, in charge of the Mexican end of the eradication program, was said to be outraged that the bilateral program might have to take into account the health of marijuana smokers in America. U.S. Embassy officials involved in the program, and Cesar Bernal, who is in charge of the American side of the project, refused comment on the paraquat issue.

GETTING DOWN UNDER—More than 20,000 people protesting the nuclear accident in Pennsylvania marched through Sydney, Australia to protest uranium mining April 7. It was the largest Australian demonstration since the anti-war marches of the Vietnam era.

Elsewhere, demonstrations against nuclear power occurred world-wide. Thousands of West Germans rallied the same day in Frankfurt, West Germany to criticize labor unions and the government for their support of nuclear power. In Groton, Conn. hundreds were arrested at the site of the christening of the country’s first Trident-armed submarine. The several thousand demonstrators outnumbered the invited guests which included President Carter’s wife.

BLESSED ARE THE POOR?—Not content with small time bingo operations, the Roman Catholic Church in Pennsylvania is running an illegal, multimillion dollar lottery—and the state government is pretending not to notice. Originating, appropriately enough, from Our Lady of Perpetual Need Church, the church’s “Million Dollar Adventure” has grossed over $7.5 million, with the church netting over $3 million. The lottery costs $42 to join, and the grand prize would tempt Satan himself. The top prize includes an around the world trip, a custom-built house, maid and gardener service for one year, and a brand new Cadillac—or $100,000 in cash.

When questioned about the lottery, most church officials offered the rationale that it was needed to offset rising costs. Rev. James Kelley, who offered his thought for the day, said, “We all live with the hope that we might hit a big one.”

—from The Weekly People