The MC-5
Avant Rock in Detroit

The dangerous MC-5, Detroit’s heroic “avant-rock” band considered by many the musical electronic equivalent of STP, has been run through the mill lately and may yet come out of it smelling like roses.

Their current trouble started when Uncle Russ Gibb booked the San Francisco rock band the Jefferson Airplane for a Ford Auditorium concert the end of June. The MC-5, who had been promised an appearance with the Airplane when they arrived in Detroit, were informed that they couldn’t play the concert without joining the American Federation of Musicians local in Detroit. 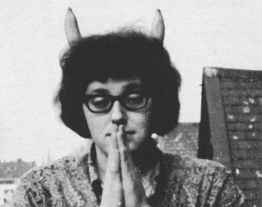 Uncle Russ then arranged for the band to play two Grande concerts before the Airplane affair so they could raise the union money, which they did. They joined the union, and were then privileged to play the Ford Auditorium gig for no money, which was desirable given the chance to play for a large audience and reap the dividends of radio and newspaper publicity which would follow from the major concert appearance.

The night of the concert, however, a young man who had long ago signed for the MC-5’s equipment showed up on the scene with cops and a warrant for the repossession of said electronic equipment—amplifiers and speakers for the three guitars and lead singer Robin Tyner. The band begged him to let them use the equipment for their appearance that night, and the co-signer relented that much.

But the equipment was seized immediately upon completion of their segment of the concert, a fifteen-minute version of their exciting masterpiece, “Black to Comm.” The band, which had been booked to play a midnight concert at The See directly after the Ford Auditorium gig, was then unable to make it and were last seen beating their heads against the dressing-room wall in frustration.

Their gig at the Grande the following night was also canceled on the spot, and the future looked dim indeed for the Motor City bunch. Then friendly Uncle Russ re-entered the scene, stunned perhaps by the quality and energy of the MC-5’s Ford Auditorium performance, and signed the band to a personal management contract, much like the arrangement between the Jefferson Airplane and Bill Graham, proprietor of the Fillmore Auditorium in San Francisco.

New equipment was contracted for separately by two of the members of the band and through Gibb by the other two (drummer Dennis Thompson owns his own drums), and a van and trailer are being ordered to get the band there on time at all times. Uncle Russ is using his power to get the band more and better jobs, and a new recording contract seems imminent, freeing the band from their present involvement with a small Detroit label.

Meanwhile, lead guitarist Wayne Kramer faces Traffic Court trial sometime next month on charges of violating the state liquor laws. He was arrested at the Roostertail on “San Francisco night” three weeks ago, when he tried to get in to hear the Moby Grape, a San Francisco band in Detroit for that night only.

Kramer, 19, produced Robin Tyner’s identification at the door and was challenged by a police officer, who promptly arrested Kramer, took him to the station and called his mother to come and pick him up. Although many of the audience inside the Roostertail’s Upper Deck area were under 21, Kramer, a musician whose only concern was to hear the music there (he doesn’t drink), was singled out for embarrassment and a possible fine and jail sentence.