Poet, storyteller, and cultural critic Paul Garon co-founded Living Blues, a periodical that, from its origins in the early 1970s, documented and supported blues music as an innovative and revolutionary African-American response to discrimination, abuse, and injustice by whites. 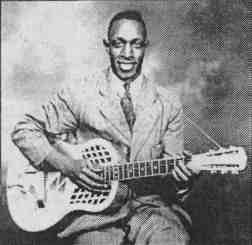 Forged in a crucible of slavery and torture, blues composition and performance, Living Blues expressed Black genius in resistance to the most abominable conditions; it also maintained that the white appropriation of blues music was an insidious form of cultural extermination that obscured the specific historical, political, sociological, economic, and psychological realities of the African-American experience.

Throughout the 1970s and 1980s, Garon continued his challenging work on blues, perhaps best summed up in Blues and the Poetic Spirit (1975), a study that articulates how Black culture mobilized aggression, transgression, sexuality, humor, and folk magic in defiant opposition to repressive and oppressive white, Christian, capitalist civilization.

In late spring 1993, Garon spoke out again against “white blues” as ethnic cleansing in a guest editorial column in Living Blues that re-ignited the controversy, and he elaborated upon the issue further in the revised 1996 edition of Blues and the Poetic Spirit. Some of those same concerns also appear in Paul and Beth Garon’s Woman with Guitar: Memphis Minnie’s Blues (1992), a pioneering study of blues, gender, and liberation.

A number of Garon’s essays on blues and rebellion have been reprinted in Ron Sakolsky’s edited anthology Surrealist Subversions: Rants, Writings and Images from the Surrealist Movement in the US (Autonomedia, 2002). Garon’s essay “White Blues” first appeared in a 1995 Race Traitor: Journal of the New Abolitionism and was reprinted and expanded in Noel Ignatiev and John Garvey’s Race Traitor Anthology (Routledge, 1996).

An expanded version of The Devil’s Son-in-Law: The Story of Peetie Wheatstraw and His Songs—Garon’s 1971 study of the blues shouter, pianist, and guitar player William Bunch—has just been re-published by Charles H. Kerr Company. From 1930 to 1941, Bunch performed under the name “Peetie Wheatstraw,” a mythic figure in African-American folklore who has appeared in a number of incarnations, from a fruit cart-pusher in Ralph Ellison’s Invisible Man to a supernatural gangster in the blaxploitation movies of Rudy Ray Moore; as a blues artist, Peetie Wheatstraw was also billed as “the High Sheriff from Hell” and “the Devil’s Son-in-Law.” The Kerr reprint of Garon’s book includes new research, illustrations, and a CD compilation of 23 of Bunch’s best recordings. Now, the recent FE interview with Paul Garon.

Fifth Estate: In this issue, we are investigating music and dance from an anarchist perspective. What has motivated me to speak to you about The Devil’s Son-In-Law is your compelling observation in this book (and elsewhere) that blues performances “often depict desire in open opposition to reality,” and that Wheatstraw’s blues “construct a new pattern of imaginative fabric” woven from “reality, desire, and fantasy.” You’ve written that this makes blues a natural object of surrealist interest; does it also make blues an object of interest for anarchists?

Paul Garon: To comprehend the surrealist interest in the blues requires the comprehension of the poetics of struggle. As surrealists, we see blues as the voice of a people distinctively victimized by the cruelest whims of white culture, but a people who, through poetry, have found a way to pierce the fabric of oppression with the tools of the imagination. I would think that surrealist goals and anarchist goals are identical in this respect. Indeed, surrealism provides anarchists with new tools with which they may not be familiar...yet. Most anarchists aren’t familiar with surrealist theories of paranoia-criticism or automatism. Blues singing and interpreting blues singing obviously draws more on the former than the latter, but a theory of “artistic” production that focuses on the articulation of dissent and discontent should be of anarchist interest.

Fifth Estate: I’m interested to hear more about what you say in your afterward about associating blues with “the Devil’s music.”

Paul Garon: I see the Devil used as an agent of sly, subversive, oppositional power by the blues singers, just as Christians articulated his use as simply “evil” or “sinning.” Those blues singers who converted to Christianity or went back to the Church in their later years often refused to ever play blues again, thus reaffirming the connection between blues, devils and evil. But I’m the one who articulated certain “evils” as signs of progress, a la Hegel.

Fifth Estate: One of your first essays on the poetics of Peetie Wheatstraw appeared in a periodical put out by the Students for a Democratic Society in 1970. In May 2001, you presented a paper on genealogy of the “John Henry” folksongs at the Midwestern Anarchist Bookfair in Chicago. To me, these seem to be unlikely audiences for a discussion of the blues...

Paul Garon: Shortly after the ten-minute talk on “John Henry” at the Midwestern Anarchist Bookfair, a young man came up to me and said, “As soon as you said ‘John Henry’ I was hoping that you would talk for at least an hour.” That’s not something I expected to hear at a convention of anarchists, but I was thrilled nonetheless.

The blues has brought me so much enjoyment and so much insight that I want as many people as possible to have the same feelings and similar ideas, and I’m always hoping that by sharing some of the perspectives I have developed, some listeners or readers will be drawn to find out more about it. By publishing in overtly political magazines like Radical America, I’m hoping that young people who are already radicalized will discover new affinities with African-American culture and life, and thus, new pathways to social change.

Fifth Estate: Can you say more about how affinities with the blues can clear “new pathways for social change”?

Paul Garon: Prejudice is often the result of ignorance. An intense interest in the blues often leads to an interest in the performers, and even an interest in their audiences. Of course, white blues steps in here to guarantee one need never go near an African-American or an African-American idea to hear “blues.” But let’s assume this particular obstacle isn’t in place. The blues are full of history, injustice, wise sayings, and more, and can provide an elaborate education in numerous subjects, from the ways of the South to sexual technique. And in doing so, one becomes familiar with the people who produced the blues, and this familiarity can lead to a reduction in prejudice.

And as for the revolutionary potential of the blues, I’ve always felt that looking at this form of poetic activity in historical context is helpful. I’m not suggesting that most or even many blues lyrics call directly for the overthrow of society. But a different form of negation takes place here. At the heart of the blues is the fundamental principle of opposition. The Black working-class blues singer rejects and even ridicules the repressive aspects of white bourgeoisie society, negating bourgeois ideology by the act of non-acceptance.

This form of rejection or negation doesn’t comprise an effort to change society’s structure, but at the time, it was the principal vehicle of poetic revolt for Blacks during the first third of the 20th century. Other forms of revolt existed, but they didn’t relate to the Black working class as broadly as blues did. Thus, the blues had a significant function in relation to Black revolutionary activity today, by preserving the critical function of negation during that period by providing a sustained poetic attack on the superstructure of an exploitative society.

Fifth Estate: In The Devil’s Son-in-Law, you say that “the imagination is one of the most powerful weapons that one can bring into action against the forces of repression. Do imagination and creativity need repression to produce excellence?

Paul Garon: We can’t know since there are no unrepressed imaginations around to study. Civilization itself requires such a high degree of repression that repression itself becomes the number one obstacle to happiness.

Now, blues takes place in a highly charged, combustible atmosphere, of precisely the sort necessary for the creation of art and poetry. Language and its use under advanced capitalism is as distorted and bent as every other human function. While we depend upon the poetic imagination to prepare the ground for revolution by providing us with the truly wondrous image, it is precisely this capacity that is inhibited in modern society. Yet in the blues, powerful images of desire and liberation are constantly before us. And is it not the authentic poet’s job, i.e., the blues singer’s job, to restore language to its poetic function by assisting in formulating these images? This is one of the tasks carried out by the best of the blues songs.

Psychological revelation has always been a fascinating aspect of the blues for me. Those aspects of psychoanalysis that people often find to be the most far-fetched, like the theory of symbolism, see their confirmation time and again in blues songs. When the analyst confronts the patient with a phallic interpretation of her dream of snakes, we scoff. But when Blind Lemon Jefferson sings, “Some pretty mama better come and get this black snake soon,” we laugh! Many times the blues treats consciously those aspects of mental life that are usually hidden by repression. For this reason we see the blues as a relatively unalienated art form. We are not suggesting that blues singers don’t suffer from repression.

Fifth Estate: You’ve taken a lot of heat for your position on the “white blues question.” In 1997, you wrote an essay for Race Traitor where you said that “for those interested in the support and study of African-American culture, blues as purveyed by whites appears unauthentic and deeply impoverished; further, it too often represents an appropriation of Black culture of a type safely familiar.” How do you account for the processes (and benefits) of assimilation, cultural preservation, and custodianship in regards to the white blues question? In other words, what about the perception that white blues musicians are “saving” the blues from obscurity?

Paul Garon: An interesting question! Of course, Aretha Franklin’s career had a rebirth thanks to the Blues Brothers movie. And each time the rich white planter climbs up on the shoeshine chair, those shoeshine “boys” not only make their $4 but get a $1 extra in a tip from this generous fellow who has always known how to take care of “his boys.” It seems insanely craven to me to actually pat the Blues Brothers on the back for their generosity in such matters, when there are other actions far more deserving of our attention. Are we congratulating them for giving African-Americans a role in the drama when in fact the African-Americans are the stars of the play?

This may be no more than the standard “reform versus revolution”’ arguments. Those who would congratulate the Blues Brothers are obviously reformist in their thinking, whereas those who see the treachery in the very existence of the Blues Brothers are more on the side of revolution in terms of seeing what social changes are necessary to bring about a more just world.