Editor’s note: Cultural critic Ivan Illich died in December 2002 at the age of 76. In tribute after tribute, his personal friends and admirers of his work marvel at Illich’s enduring generosity, humility, and radical spirit. While many at Fifth Estate have appreciated his influence, we never paid proper tribute. Now with this unschooling issue, we share a poem from one of our regular contributors and a very brief excerpt from the essential and prophetic 1970 book Deschooling Society. 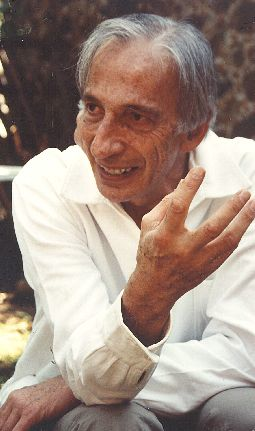 The alternative to dependence on schools is not the use of public resources for some new device which “makes” people learn; rather it is the creation of a new style of educational relationship between man and his environment.

I intend to show that the inverse of school is possible: that we can depend on self-motivated learning instead of employing teachers to bribe or compel the student to find the time and the will to learn; that we can provide the learner with new links to the world instead of continuing to funnel all educational programs through the teacher.

The educational institutions I will propose are meant to serve a society which does not now exist, although the current frustration with schools is itself potentially a major force to set in motion change toward new social arrangements.

A political program which does not explicitly recognize the need for deschooling is not revolutionary; it is demagoguery calling for more of the same.

Learners should not be forced to submit to an obligatory curriculum, or to discrimination based on whether they possess a certificate or a diploma.

If the networks I have described could emerge, the educational path of each student would be his own to follow, and only in retrospect would it take on the features of a recognizable program. The wise student would periodically seek professional advice: assistance to set a new goal, insight into difficulties encountered, choice between possible methods. Even now, most persons would admit that the important services their teachers have rendered them are such advice or counsel, given at a chance meeting or in a tutorial. Pedagogues, in an unschooled world, would also come into their own, and be able to do what frustrated teachers pretend to pursue today. To rely for true intellectual leadership on the desire of gifted people to provide it is obviously necessary even in our society, but it could not be made into a policy now. We must first construct a society in which personal acts themselves reacquire a value higher than that of making things and manipulating people. In such a society exploratory, inventive, creative teaching would logically be counted among the most desirable forms of leisurely “unemployment.”

If schools ceased to be compulsory, teachers who find their satisfaction in the exercise of pedagogical authority in the classroom would be left only with pupils who were attracted by their style. The disestablishment of our present professional structure could begin with the dropping out of the schoolteacher.

...[T]he educational revolution [will] be guided by certain goals:

1. To liberate access to things by abolishing the control which persons and institutions now exercise over their educational values.

2. To liberate the sharing of skills by guaranteeing freedom to teach or exercise them on request.

3. To liberate the critical and creative resources of people by returning to individual persons the ability to call and hold meetings-an ability now increasingly monopolized by institutions which claim to speak for the people.

4. To liberate the individual from the obligation to shape his expectations to the services offered by any established profession by providing him with the opportunity to draw on the experience of his peers and to entrust himself to the teacher, guide, adviser, or healer of his choice.

Inevitably the deschooling of society will blur the distinctions between economics, education, and politics on which the stability of the present world order and the stability of nations now rest.

COME OUT take up your crosses ye

It was a military defeat

the programme was never implemented

from Moscow that’s dragged on for 40 years.

in all directions: an air-conditioned crucifixion