The Appeal of Anarchy 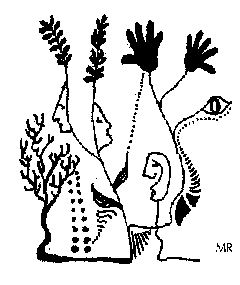 Whenever you need anything, once a month at the full moon, assemble in the wilderness--in the forest, on the heath, by the seashore--for the state of nature is a community of freedoms. Recognize the imminence of total liberation, and as a sign of your freedom, be naked in your rites.

Dance and sing, laugh and play, feast on the fruits of the earth, the delights of my body, make music and love--for all acts of pleasure are my rituals. And I am that which you find in the fulfillment of desire.

Abolish all authority, root out coercion. Share all things in common and decide through consensus. Shake off the character armor which binds and constrains. Let the wilderness energies possess you.

Cast the magic circle, enter the trance of ecstasy, revel in the sorcery which dispels all power. But commit no sacrifices. Repudiate harmfulness, exploitation, and slaughter. Rather venerate all creatures and respect them as different but equal to you.

This rite shall continue to be celebrated until Anarchy becomes universal.

This invocation and the above graphic by MR appeared in FE #332, Summer, 1989. The text has been adapted from renderings of “The Charge of the Goddess” by Starhawk and Charles G. Leland. See also: http://deoxy.org/anarchy.htm