Antonio Tellez Sola died at his home in France at 84. He was one of the last survivors of the Spanish anarchist resistance which fought to overthrow the Franco dictatorship in Spain following the fascist triumph in 1939. He was also one of the first historians of the post-civil war urban and rural guerrilla resistance to the regime. In his actions and his writings, Tellez personified refusal to surrender to tyranny. 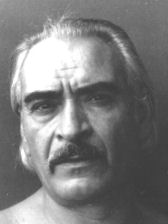 The son of a railway worker born in Tarragona, Spain, he was radicalised by the 1934 insurrection in Asturias, which failed when the unions outside the mining region withheld support. On 19 July 1936, when the workers, this time united, held at bay the rebellion of most of the Spanish officer class against the infant left-wing Republic, Tellez joined the anarchist youth organisation, the Juventudes Libertarias, immersing himself in the struggle to fight fascism and preserve the social revolution with which the union rank and file had answered the generals’ attempted coup.

Tellez entered the army at 18 during the final stages of the Republic’s collapse, and saw action on various fronts until February 1939, when, with thousands of other anti-Francoist refugees, he was forced into exile in France. There, he spent a year and a half at two of many locations in which the French government interned the people who had fought fascism for almost three years. Escaping at the end of 1940, he joined a band of Spanish guerrillas operating in France, resisting the Nazi occupation until Liberation in 1944.

In the fall of that year, Tellez took part in an ill-advised 10-day invasion of Francoist Spain by approximately 6,000 Spanish Communist Party-led republican guerrillas, one of the first operations mounted against the Franco regime. With their defeat at the battle of Salardu, Tellez moved to Toulouse, France, where he set up clandestine arms dumps for the guerrilla campaign.

For two years Tellez carried out clandestine liaison missions between the anarchist movement in France and fascist Spain. Resigning from organisational activity in April 1946, he traveled undercover in Spain for three months establishing contacts with guerrillas and what remained of the illegal anarchist movement. Unable to generate financial or organisational support for the Resistance due to the hostility of the exiled anarcho-syndicalist union, the National Confederation of Labour (CNT) to armed struggle, and frustrated by the tensions and self-serving politicking, he moved to Paris where he worked as a reporter for Agence France Presse from 1960 until his retirement in 1986.

In Paris Tellez continued to contribute to the anarchist press, but from 1954 onwards it was clear that his life’s work was to write the histories of the legendary names of the anarcho-syndicalist action groups including Francisco Sabate Llopart, Jose Luis Facerias, and others.

I met Tellez for the first time in Paris in 1973. While I was on remand in Brixton prison, he had sent me a copy of his newly-published biography of the anti-Franco guerrilla, Sabate, which I translated from Spanish into English. After my acquittal for armed actions, I visited him to discuss the book, which he was constantly updating and revising, as he did with all his work. We became firm friends.

His archives were enormous and his apartment overlooking the Père Lachaise cemetery was stacked from floor to ceiling with boxes of files, documents and photo albums. His accomplishments in a particularly difficult area of study were quite remarkable given that his subject matter was clandestine groups and secretive and highly individualistic militants who were activists rather than theorists.

I witnessed a good example of this in Paris when I introduced Tellez to Octavio Alberola, the coordinator of Defensa Interior, the clandestine anarchist group responsible for organising assassination attempts on Franco between 1962 and 1966. The two men had never met and Alberola was taken aback when from on top of his wardrobe, Tellez produced the original plans for the proposed 1963 assassination attempt on Franco in Madrid. We never did discover where he acquired them.

Tellez’s published and unpublished output was phenomenal, covering the period from Franco’s victory on 1 April 1939 to his death on 20 November 1975, and beyond. He had two main objectives: to record the lives of selfless men who would not compromise their ideals nor cooperate with a system they found villainous and vile, men who devoted their adult lives to freeing Spain from the last of the Axis dictators. His work has been a major contribution to the movement for the recovery of historical memory which is now playing such an important part in contemporary Spanish politics.

Tellez’s other objective was to demonstrate that the individual is never helpless; there is always the possibility of rebelling and defending an idea one considers just, even in the most unfavourable and adverse conditions.

Tellez is survived by his partner, Harmonia, and a son.

2) Facerias: urban guerrilla (1939–1957). The anti-francoist struggle of the Spanish libertarian movement in Spain and exile.

3) The MIL and Puig Antich.

4) The Unsung Struggle—The Plot to Assassinate Franco from the Air—1948.

5) The Anarchist Pimpernel—Francisco Ponzan Vidal (1936–1944). The anarchists in the Spanish Civil War and the escape and evasion networks in World War II.

Newly released as we go to press: Jose Peirats’ indispensable three-volume, The CNT in the Spanish Revolution. Professor Paul Preston says the books are “a landmark in the history of the Spanish Civil War. Without it, the role of anarchism in that conflict could never be reconstructed.” The third volume will be out by February. Available from AK Press at akpress.org; soon from The Barn. The Spring 2006 FE will feature the Spanish Revolution.