The Original Affluent Society
Living Good in The Stone Age 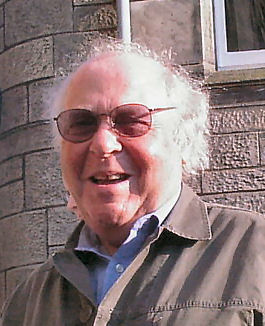 In it, Sahlins confronts prevailing academic and popular myths regarding life before the state and technology which is usually conceived of, after Hobbes, as being “nasty, brutish and short.” As with most governing modern mythologies, this one turns out to be another apology for the reigning misery and a projection of our reality onto social forms that have all but been destroyed.

Ellipses mark where cuts have been made and some of the paragraphs appear in different order than in the original.

That sentence of “life at hard labor” was passed uniquely upon us. Scarcity is the judgment decreed by our economy, so also the axiom of our Economics: the application of scarce means against alternative ends to derive the most satisfaction possible under the circumstances. And it is precisely from this anxious vantage that we look back upon hunters.

But if modern man, with all his technological advantages, still hasn’t got the wherewithal, what chance has this naked savage with his puny bow and arrow? Having equipped the hunter with bourgeois impulses and Paleolithic tools, we judge his situation hopeless in advance....

We are inclined to think of hunters and gatherers as poor because they don’t have anything; perhaps better to think of them for that reason as free. “Their extremely limited material possessions relieve them of all cares with regard to daily necessities and permit them to enjoy life” (Gusinde, 1961).

When Herskovits was writing his Economic Anthropology (1958), it was common anthropological practice to take the [African] Bushmen or the native Australians as “a classic illustration of a people whose economic resources are of the scantiest,” so precariously situated that “only the most intense application makes survival possible.” Today, the “classic” understanding can be fairly reversed--on evidence largely from these two groups. A good case can be made that hunters and gatherers work less than we do, and, rather than a continuous travail, the food quest is intermittent, leisure abundant, and there is a greater amount of sleep in the daytime per capita per year than in any other condition of society....

[I]n Africa, the Hadza have been long enjoying a comparable ease, with a burden of subsistence occupations no more strenuous in hours per day than the Bushmen or the Australian Aboriginals. Living in an area of “exceptional abundance” of animals and regular supplies of vegetables (the vicinity of Lake Eyasie), Hadza men seem much more concerned with games of chance than with chances of game.

During the long dry season especially, they pass the greater part of days on end in gambling, perhaps only to lose the metal-tipped arrows they need for big game hunting at other times. In any case, many men are “quite unprepared or unable to hunt big game even when they possess the necessary arrows.” Only a small minority, Woodburn writes, are active hunters of large animals, and if women are generally more assiduous at their vegetable collecting, still it is at a leisurely pace and without prolonged labor.

Despite this nonchalance, and an only limited economic cooperation, Hadza “nonetheless obtain sufficient food without undue effort.” Woodburn offers this “very rough approximation” of subsistence-labor requirements: “Over the year as a whole, probably an average of less than two hours a day is spent obtaining food.”... Interesting that the Hadza, tutored by life and not by anthropology, reject the Neolithic revolution in order to keep their leisure. Although surrounded by cultivators, they have until recently refused to take up agriculture themselves, “mainly on the grounds that this would involve too much hard work. In this, they are like the Bushmen, who respond to the neolithic question with another: ‘Why should we plant, when there are so many mongo mongo nuts in the world?’” (Lee, 1968). Woodburn moreover did form the impression, although as yet unsubstantiated, that Hadza actually expend less energy, and probably less time, in obtaining subsistence than do neighboring cultivators of East Africa....

Hunting and gathering has all the strengths of its weaknesses. Periodic movement and restraint in wealth and population are at once imperatives of the economic practice and creative adaptations, the kinds of necessities of which virtues are made. Precisely in such a framework, affluence becomes possible. Mobility and moderation put hunters’ ends within range of their technical means. An undeveloped mode of production is thus rendered highly effective. The hunter’s life is not as difficult as it looks from the outside. In some ways the economy reflects dire ecology, but it is also a complete inversion.

Reports on hunters and gatherers of the ethnological present--specifically on those in marginal environments--suggest a mean of three to five hours per adult worker per day in food production. Hunters keep banker’s hours, notably less than modern industrial workers (unionized), who would surely settle for a 21 to 35 hour week. An interesting comparison is also posed by recent studies of labor costs among agriculturalists of Neolithic type.

For example, the average adult Hanunoo, man or woman, spends 1,200 hours per year in swidden cultivation (Conklin, 1957); which is to say, a mean of three hours twenty minutes per day. Yet this figure does not include food gathering, animal raising, cooking and other direct subsistence efforts of these Philippine tribesmen. Comparable data are beginning to appear in reports on other primitive agriculturalists from many parts of the world. The conclusion is put conservatively when put negatively: hunters and gatherers need not work longer getting food than do primitive cultivators. Extrapolating from ethnography to prehistory, one may say as much for the Neolithic as John Stuart Mill said of all labor-saving devices, that never was one invented that saved anyone a minute’s labor. The Neolithic saw no particular improvement over the Paleolithic in the amount of time required per capita for the production of subsistence; probably, with the advent of agriculture, people had to work harder.

There is nothing either to the convention that hunters and gatherers can enjoy little leisure from tasks of sheer survival. By this, the evolutionary inadequacies of the Paleolithic are customarily explained, while for the provision of leisure the Neolithic is roundly congratulated. But the traditional formulas might be truer if reversed: the amount of work (per capita) increases with the evolution of culture, and the amount of leisure decreases. Hunters’ subsistence labors are characteristically intermittent, a day on and a day off, and modern hunters at least tend to employ their time off in such activities as daytime sleep.

In the tropical habitats occupied by many of these existing hunters, plant collection is more reliable than hunting itself. Therefore, the women, who do the collecting, work rather more regularly than the men, and provide the greater part of the food supply. Man’s work is often done. On the other hand, it is likely to be highly erratic, unpredictably required; if men lack leisure, it is then in the Enlightenment sense rather than the literal. When Condorcet attributed the hunter’s unprogressive condition to want of “the leisure in which he can indulge in thought and enrich his understanding with new combinations of ideas,” he also recognized that the economy was a “necessary cycle of extreme activity and total idleness.” Apparently what the hunter needed was the assured leisure of an aristocratic philosophe.

Hunters and gatherers maintain a sanguine view of their economic state despite the hardships they sometimes know. It may be that they sometimes know hardships because of the sanguine views they maintain of their economic state. Perhaps their confidence only encourages prodigality to the extent the camp falls casualty to the first untoward circumstance. In alleging this is an affluent economy, therefore, I do not deny that certain hunters have moments of difficulty. Some do find it “almost inconceivable” for a man to die of hunger, or even to fail to satisfy his hunger for more than a day or two.

Above all, what about the world today? One-third to one-half of humanity are said to go to bed hungry every night. In the Old Stone Age the fraction must have been much smaller. This is the era of hunger unprecedented. Now, in the time of the greatest technical power, is starvation an institution. Reverse another venerable formula: the amount of hunger increases relatively and absolutely with the evolution of culture.

[T]he “original” affluent society will have to be rethought again for its originality, and the evolutionary schemes once more revised. Still, this much history can always be rescued from existing hunters: the “economic problem” is easily solvable by Paleolithic techniques. But then, it was not until culture neared the height of its material achievements that it erected a shrine to the Unattainable: Infinite Needs....

There are two possible courses to affluence. Wants may be “easily satisfied” either by producing much or desiring little. The familiar conception, the Galbraithean way, makes assumptions peculiarly appropriate to market economies: that man’s wants are great, not to say infinite, whereas his means are limited, although improvable: thus, the gap between means and ends can be narrowed by industrial productivity, at least to the point that “urgent goods” become plentiful. But there is also a Zen road to affluence, departing from premises somewhat different from our. own: that human material wants are finite and few, and technical means unchanging but on the whole adequate. Adopting the Zen strategy, a people can enjoy an unparalleled material plenty-with a low standard of living.