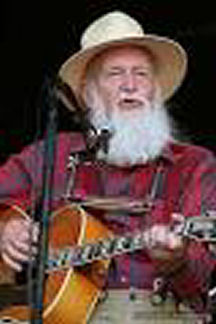 Anarchist ideals have been expressed in a myriad of musical genres from rock to funk to jazz to world to trance. But the forms thoroughly connected to agit-prop are the most exemplary to me as they are extreme: folk, rap, and punk. This is not to say there’s never any revolutionary aspect to a saxophone riff or violin solo--or even an intoxicating sample tweaked to perfection on a laptop.

Among the anarchist youth culture, “folkie” was once a pejorative term to describe the lazy saccharine anthems found in one’s parents’ vinyl collection. But anyone who has spent time recently around anarchist travelers has noticed a shift in the predominant musical tastes of contemporary tramps. Ten years ago, punk was all these kids needed. But today, they’ve added fiddles and banjos to the mix. Even the best punk music today--created by the likes of Against Me, This Bike is A Pipe Bomb, and Defiance, Ohio--has serious folksy roots. But in the streets and on the rails, even that sound gives way to something deeper, simpler, and more familiar. They move the bow across the fiddle strings as though they were playing thrash. And the patches on their soiled Carharrts provide the clue to this connection: Old time is the new punk.

But, of course, folk is the old punk. Before Johnny Rotten there was Phil Ochs. And back in the days of the early IWW, there was Joe Hill and Harry McClintock. In this context of folk as some of the best punk (punkin’ folk!), I celebrate two new audio releases from AK Press, the radical publisher best known for its books.

In the tradition of Wobbly troubadours, Utah Phillips brings us a new, definitive collection of his work, merging humor and a hatred of injustice; they are serious yet funny and full of hopeful rage. These four discs, with over 300 minutes of work, offer exquisite and unpretentious examples of talking Wobbly anthems and storytelling grit. Utah’s is a narrative soaked in the blood, battles, and booze of hobohemian culture, with more heart than a hundred heartthrobs hyped on radio. In an innovative move, the liner notes are recorded tracks between songs where Phillips talks up each piece, providing pithy stories, irresistible tangents, and amusing disclaimers to go with every tune.

As he riffs on war, Wobbly history, pacifism, alcoholism, poverty, and Ammon Hennacy’s description of “anarchy as an adjective,” Utah is someone the latest generation of gritty anarchist folksingers should get to know. Likewise, another singer with his own new retrospective-like release on AK Records is Casey Neill.

Once a staple of the Earth First! rant, wail, and strum scene in the days of his cassette classic Pawprints, Neill always distinguished himself from the bludgeon-wielding bards for whom a song is merely a list of demands with a melody. And even as his work became more polished over the years, he never heeded the call to become just another sappy balladeer. Of its many attributes, Neill’s Memory Against Forgetting covers enormous ground melodically. As stalwart and inspiring the political message, his music moves the listener as much more than a mere container for his lyrics.

Not unlike David Rovics and Steve Earle and Billy Bragg, Casey Neill and Utah Phillips are still producing new material and playing out, by no means content now that they have really strong “greatest hits”-type offerings available. This energy can be felt among less known but equally compelling young voices like Anna Roland, Ethan Miller, Evan Greer, and Ryan Harvey. While the angry political folksinger can become a tedious caricature, it’s also an irrepressible icon constantly reinventing itself at a time when the topical screed is needed as much as ever. Utah Phillips and Casey Neill deserve to remain in rotation for the revolution.