Technology, Kids, and Autonomy
The War Against Imagination

In a classroom of five and six-year olds, I witness moments each day that vividly illuminate the tension and conflict within young minds struggling to understand their exposure to culture through mass media.

If survey data published in mainstream outlets like The New York Times and The Washington Post are believed accurate, let’s consider the following: a television is on an average of nearly eight hours every day in US households, of which the average child watches 28 hours per week, viewing an average of 20,000 commercials per year. The imagery these numbers conjure is terrifying; any anti-authoritarian educational praxis (the combined process of action and reflection) must grapple with this fabricated reality or it is simply irrelevant. We’ll get to that later. 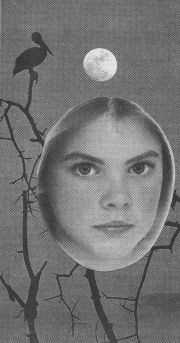 First, here’s a brief anecdote revealing the extent of the problem we face as anarchist parents and educators, as human beings who give a damn about authenticity of experience, free emotional and psychological development, and the potential for autonomous, critical and creative thought in the children growing in our communities.

Last year Pixar Studios released The Incredibles, an animated movie about a family with superpowers who reemerge from typical suburban life to foil a devious criminal plot. The film was wildly successful, earning almost $800 million at the box office worldwide, over $700 million in video revenue (rentals and sales), and winning the 2004 Academy Award for Best Animated Film. Needless to say, the movie created quite a buzz in our kindergarten classroom.

One day, the students and I sat around talking about how everyone’s day was going--listening, questioning, interrupting and laughing--and one student mentioned that he had seen The Incredibles the night before. As is often the case with young children, for whom a simple appreciation of the joys or desires of peers may prove elusive, a chorus of “I’ve seen that too!” filled the room.

Having never seen the movie, I proceeded from genuine curiosity to ask questions about the characters, plot and what students liked or disliked about it. Planting seeds for imaginative play or storytelling, I wondered aloud what the world might be like if people really had superpowers.

Grinning, I listened to the kids’ beliefs that people really could--no, did have superpowers. As the conversation continued, it became clearer to me that the students believed The Incredibles provided evidence to support that belief. Now, a little worried, I tried to clarify: “You mean, you think that people really could do things like that?”

No, they responded, the people in the movie were really doing things like that: becoming invisible, shooting ice from their hands, walking on water, and turning into metal. I delved further and was stunned at the dawning realization that the students could not differentiate between computer-rendered characters and live actors on film.

All children’s movies produced, marketed and distributed by corporations are carefully designed sales delivery systems. They exist to sell: from box office receipts and DVD sales to fast food tie-ins, brand promotion, and an unending assortment of merchandise, kids’ movies exist to create or invigorate consumer markets and generate profit.

Secondarily, but of no less importance, they sell ideology: even the most banal animated features transmit the social values and expectations of dominant culture, from gender stereotypes to the necessity of hierarchy to the role of violence in resolving conflicts. Since you are reading the Fifth Estate, this information probably comes as little surprise. But there’s more.

Even if you may make the distinction between TV shows and advertisements, consider that young children are literally incapable of doing so. A wide variety of establishment sources, from Dale Kunkel (UC-Santa Barbara) and Don Roberts (Stanford) to the Australian Psychological Society, have concluded through exhaustive research that children under age six do not distinguish effectively or consistently between advertisements and the programs they are watching.

Wait, let’s do some basic addition here: young children cannot readily distinguish between computer-generated images and life itself and young children cannot easily distinguish between advertisements and TV shows. The sum of this sinister arithmetic can be overheard on every playground, is hidden behind the curtains of too many living rooms, and is seen in the aisles of every teary-eyed toy store tantrum: the systematic molding and shackling of young minds (and bodies) to the logic and operation of the machine.

Later, at home, I recalled the discussion and was overtaken by uncertainty, outrage, and a creeping sense of urgency and panic. I jotted some notes about whether or not the growing technological sophistication available to aid storytelling represented a substantive shift in how a story is taught. I have no problem with the fragile distinction between real and unreal: the world of fantasy, pretend, and make-believe is essential to the intellectual, emotional, and psychological growth of children. More than that, it is an end in itself: if you’ve ever been a wolf howling at the moon, a maple leaf floating down a river, or a bird soaring through a clear sky, you know how amazing and fun the human imagination truly is.

There is an incredible difference, however, between the complex imaginative games that grow organically and spontaneously from the minds of children--or, for instance, the oral storytelling traditions of many indigenous cultures the world over--and the coercive, calculated blurring of the distinction between fantasy and reality by entities concerned, above all else, with perpetuating the social, economic and psychological systems of domination that we as anarchists make it our lives to subvert and struggle against.

Clearly, this is an authoritarian approach based squarely on a lack of trust and respect for the lives of children, a denial of their ability to exercise power in decisions that directly affect them, and a complete failure to cultivate critical thinking skills. This strategy bears striking resemblance to the fear-mongering and heavy-handedness of abstinence-only sex education. Advocates delude themselves into thinking they can prevent sex by carefully controlling and managing accurate technical information about sex and its consequences, as well as limiting the availability of birth control. See the “Just Say No” approach to drug (mis)education for a similarly styled and equally unsuccessful (on terms defined by their proponents) attempt at behavioral control. What possible solutions are there to this problem? Do you deny kids access to certain television shows, or to TV altogether? Avoid or downplay discussion of television in the classroom?

Of course, you say, the solution lies elsewhere--somewhere more closely aligned with our anti-authoritarian politics. We should provide as much information to children as possible, openly declare our biases, share our experiences and perspectives, express our values, answer their question, “Why?” to the best of our ability as many times as it is asked, admit when we are unsure or don’t know, relate our fears and hopes, share our love and--after all of this--give them the space to make decisions, act, and experience the consequences.

Even though this process can be described in a few words, we know how dynamic and challenging it can be in everyday life. Perhaps it occurs to you that children must be protected because they appear and, in many ways, truly are so vulnerable. We value security--but at what cost? Security at the expense of freedom is more than an unacceptable compromise: it is slavery, self-prostration before fear.

To look at it another way: Odds are that kids raised in a vegan household are at one time or another going to eat a cheeseburger. It happens. This can be experienced in a variety of ways. For example, it can be a totally transgressive act if veganism was framed in the child’s mind as a strict prohibition fed by endless reassurances that, “trust me, you’re not missing much;” and, “you’ll thank me later,” and “it’s for your own good.”

Imposed security. Powerlessness. Suddenly, liberation becomes a cheeseburger. Juxtapose this with the fact that young children are, developmentally, more susceptible to the manipulative power of advertising, add the biochemical addictiveness of sugary, salty, fatty foods, and--for good measure--imagine this cheeseburger came from that darling of semiology, the giant golden-arched M.

Asking a five year old to fend for herself given--well, given everything--rests on a faulty assumption that she is on equal footing (psychologically, emotionally, etc.) with the worst of the toadies oiling the gears of global mass consumption. And, they have new tools, like the ever-growing sophistication of computer-generated imagery to tell stories, sell products, and transmit ideology.

Children are dependent on adults to provide for a wide variety of needs, from food and shelter to nurturing and love. In all of our interactions and relationships with children, we must actively, conscientiously work against creating unnecessary and harmful dependencies, or sacrificing their freedom and responsibility for the satisfaction of our sense of their safety or security.

Whether the impulse is authoritarian or anarchist, acting or speaking for children can be fundamentally disempowering: it discourages creative and critical thinking, denies the joy of autonomy and stifles the development of an authentic understanding of the relationship between thought, action, and consequences.

If this awareness, these expectations and values are not allowed to flourish in the minds of children alive today, there is no hope of halting the march of progress, of turning the tide against our culture of death, of building genuine relationships among each other and with all other creatures of the earth.