‘Nothing Can Prepare You for New Orleans’

Nothing can prepare you for New Orleans. All the dramatic rhetoric, righteous anger, extravagant allegory, profligate tears, and urgent broadcasts of need have not been wasted.

If some well-intentioned money has been squandered in a vortex of government and charity bureaucracy, all the love, prayer, intention, direct action, and indignation could not be better spent than on saving this amazing spiritual and cultural homeland. 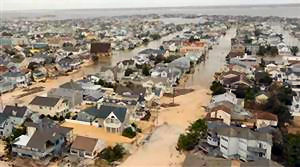 Seeing this city offers the working definition of urban decimation and burns a hole in the heart.

On a driving tour of the devastation, desolation, and desperation, we saw: a patchwork of blue tarps decorating rooftops (Andrei Codrescu called the blue tarp, the “new flag of New Orleans”); putrid piles of rotting refuse from houses recently gutted in a city that locals assure me is much cleaner than it was a few months ago; destroyed houses, many with the intimate remains of people’s lives--from personal photos to children’s toys--still littering the floors and walls; squatters’ tent cities taking up space near what was once a public golf course; the ubiquitous clusters of white FEMA trailers, both in parks and in front of still uninhabitable homes; the ominous brown lines marking how high on the houses the floodwaters rose; and just as distressing as the water lines, the startling spray painted messages, often adjacent to the insignia of resignation, an “X” left by search and rescue teams, noting when a house was searched and whether any bodies were found.

In a brief survey of this revered and rebellious residence of America’s Creole soul, one also can see a fierce survival ethic pervading the place and evading the end times. I met people visiting from their new homes in places like Memphis, but also encountered evacuees who had decided to move back.

In contrast to the inept response from government bureaucracies, we saw the amazing grassroots activism of Common Ground offering volunteers the opportunity to see the impact of their energies.

With younger activists coming to New Orleans from across North America and participating in unmediated mutual aid more than regimented charity, Common Ground recalls the emotional muscle of the 1960s Freedom Riders finding paths to develop their radical consciousness through meaningful acts of revolutionary solidarity.

Like a trump card from the Tarot decks of Voodoo Alley and Jackson Square readers and oracles, the relentless hope of residents calling for rebirth and renewal reminds us that while some deities were blamed as harbingers of destruction, others can be called on as charges for change. As inspired as so many N’Orleans natives are, the city is also reckoning with severe doses of political sobriety, a sobriety as intense and diverse as the defiant drunken revelry that brands the Fat Tuesday festivities.

My New Orleans visit coincided with the six month mark since Katrina struck and America’s Carnival, the annual Mardi Gras festivities--five fierce days parading and partying in the streets. Nothing cancels Mardi Gras, as one billboard selling booze reminded us.

I’m grateful that the sensual and defiant gravity of the holiday hooked me to get down South. Nothing can prepare you for New Orleans, which is exactly why you should go: to see the horror, hype, and hope with your own eyes and ideas--and to help the healing in any way you can.