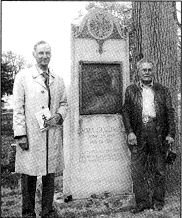 A beloved comrade and renowned scholar of 19th and 20th century anarchism passed away on February 17 at his home in New York City. Paul Avrich was author and editor of dozens of influential books and articles on the history of anarchism, including The Haymarket Tragedy; The Modern School Movement: Anarchism and Education in the United States; An American Anarchist: The Life of Voltairine de Cleyre; Anarchist Portraits; Sacco and Vanzetti: The Anarchist Background, and Anarchist Voices: An Oral History of Anarchism in America.

Several of his books were nominated for the Pulitzer Prize, and all are used as authoritative sources by researchers world-wide. His passion and love for anarchists and their ideals was unparalleled.

Through his writing and his encouragement, Avrich inspired two generations of anarchists to not only explore our history, but to embrace it and seize it as our own. He was perhaps more instrumental in connecting us with our past than any other historian or activist in recent years.

Paul was a professor of Russian history at Queens College for 30 years until his retirement in 1999. In 1961, he was chosen to travel to the Soviet Union where he was introduced to anarchism, paradoxically, in the archives of Moscow’s Lenin Library, and it changed his life. His first book was The Russian Anarchists, a compendium of the writings and history of men and women who were part of the authentic Russian Revolution that was suppressed by the Bolsheviks.

Inspired by the uprising in Paris in 1968 when a mass student strike led to a general strike by 10 million French workers, Paul decided he wanted to teach a class on anarchism. He approached his dean at Queens College, who flatly refused, until Paul threatened to quit. He taught the class for almost twenty years, bringing in anarchist speakers such as Federico Arcos, Sam Dolgoff, Abe Bluestein, Valerio Isca, and Ahrne Thorne.

Like Paul’s discovery of anarchism in a Russian library, his writing brought similar illumination to others. Bringing Voltairine de Cleyre to life through his biography of the late-19th century anarchist was one of the defining moments in the development of many radical feminists. I will always be grateful to him for introducing me to such a powerful role model. Before Avrich’s illness incapacitated him, he was working on a biography of Alexander Berkman.

Many people have their own stories about how they were personally inspired by Avrich. He exuded warmth and enthusiasm and was always a pleasure to be around. Although constantly involved in a multitude of writing projects as well as teaching, he was kind and generous in sharing his time and knowledge.

A Detroit comrade met Paul several years ago at an event sponsored by the University of Michigan’s Labadie Collection in Ann Arbor. She told him she was unable to locate the city in Ukraine from which her family had emigrated. Although he wasn’t familiar with the small village, as soon as he got back to New York, he thoughtfully sent her a map of the region, so she could try to locate it herself.

Once, Paul took me on a radical walking tour of the Lower East Side. We stopped on Houston Street at the famous Katz’s deli for lunch where he chatted with the cooks in Russian. The more he spoke with them, the more free food they piled on our plates.

Avrich’s work in helping to organize reunions of Modern School students was another significant way in which he honored anarchist lives. Those who had attended the Ferrer Modern School in Stelton, New Jersey from 1915 until the early 1950s, looked forward every year to those reunions, mostly because they knew that along with some of their old comrades, Paul Avrich would be there.

He was the glue that held the old-timers together, and even though he was at least a generation removed from them, it was he who gave them the sense of community they previously had. He had the ability to speak to one or 100 people in an engaging and informative way, to easily recall facts, and weave them into a fascinating historical narrative, always stressing the communitarian and cooperative nature of the radical movement, and inspiring us to keep the struggle going.

In 1997, I attended a Modern School Reunion with Paul. He and Federico Arcos picked me up at the airport. Paul was a wonderful host, making sure to introduce me to all of his friends. It was there that I first met Sydney and Clara Solomon, Victor and Pearl Morris, Rose Sterling, and several other Stelton alumni. Afterwards, he arranged a tour for me of the Modern School Archives at nearby Rutgers University Library led by its archivist, Fernanda Perone.

Many of Avrich’s closest friends were his anarchist elders. He saw in them a genuine passion for their ideals and the ability to truly live them. He honored their lives and their history, and they loved and respected him in return. Moreover, he revived the lives of the companeros who may have otherwise been forgotten.

Paul will be missed by those of us who had the great fortune to know him and by those who have learned so much from his writings.