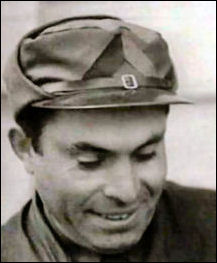 In a book that’s both fiction and history, Pedro de Paz and Stuart Christie have combined to look once again at the question of who killed the anarchist militia leader, Buenaventura Durruti.

Set in the revolutionary Spain, shortly after the mysterious death of Durruti in November 1936, the first section of the book is a short work of fiction. Written in the style of a detective novel, the story centers on Major Fernandez Duran, a former policeman and now an officer in the Spanish Republican Army.

He has been sent to Madrid to investigate the circumstances surrounding the death of the renowned anarchist, and finds himself caught up in a web of conflicting firsthand accounts and political intrigue. Piecing together the various stories surrounding Durruti’s death, the Major uncovers some startling information that helps him unravel the mystery.

Written by Pedro de Paz, this is a light piece that initially readers who know little or nothing about Durruti may find confusing. At the same time, it’s an intriguing and well-crafted detective story that stands on its own. It won the 2003 José Saramago International Short Novel Award.

The second section, written by Stuart Christie, is a well-researched historical account of the days leading up to the fascist rebellion, and Durruti’s role during the early days of revolutionary resistance. Christie’s extensive research compliments and supports Paz’s story while shedding new light on how dangerous and threatening Durruti’s ideas of freedom were to the political parties that made up the Spanish Republic, including the CNT.

This combination of fiction and history is a new direction for Christie Books, part of increased activity by the publisher and activist, which includes a vastly expanded web site at christiebooks.com, where the book can be ordered. There is also on-line films and music there.

Also of note is Christie’s recently published autobiography, Granny Made me an Anarchist, available through AK Press at akpress.org.