Goldman, beyond an anarchist icon

The most insidious biases one carries are those of which we are unaware. Philosophy and history, as far back as the very origins of our present civilization, have carried within them an enormous bias that remains strangely transparent, yet hidden. They have, almost in their entirety, been thought, discussed, constructed, analyzed and transmitted by men, for men. 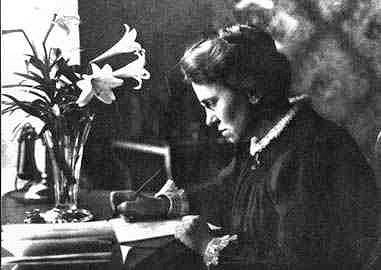 This is why the writing of Emma Goldman, whose life spanned the last third of the 19th century and the first third of the 20th, remains important both philosophically and historically. Goldman was a radical feminist before her time. Her innovative and novel perspectives resounded with the exaltation of a philosophical trail blazer, a paradigm shifter. Her unarguably feminine perspective remains valuable and inspiring for feminists today.

Goldman’s views on childbearing, motherhood, the traffic in women, exploitation of women workers, wives and children, the prison and state as ultimate violent institutions, patriotism as a form of superstition, even her own definition of anarchy, are all slightly shifted from the dominant male product known as democracy.

What is interesting about Goldman’s work is that it addresses issues covering the whole experience of being human, abstracting no area of life from political analysis. She took on topics, such as maternity and traffic in women, dismissing the cleft between public and private gender inequality used to appease social tensions by providing lower class males with some dominion over property, wife, children and slaves, thus distracting them somewhat from challenging their status in the social order.

Goldman did not lament the victimization of women, nor did she box women’s concerns into “special issues.” Rather, she put forth links between all forms of domination and exploitation. Relentlessly, she criticized the structures themselves, not the individuals caught in them, while never excusing individuals from not assuming their autonomy and concurrent responsibilities. Her intellectual thoroughness led her to acute self-criticism and to noting the flaws in the women’s movement.

“Yes, I may be considered an enemy of woman; but if it can help her see the light, I shall not complain.... The import is not the kind of work woman does, but rather the quality of the work she furnishes.... Her development, her freedom, her independence, must come from and through herself ... That is, by trying to learn the meaning and substance of life in all its complexities, by freeing herself from the fear of public opinion and public condemnation.” 1

Goldman saw relations between the multiple forms of domination, beyond the superficial political and temporal veneer of “issues” to a common source: human insecurity.

This insecurity can be explained from many angles, including eco-politics: looking at social structures as a product of interactions between a people and its ecological environment. Goldman viewed our civilization as having been born as a desert mentality of scarcity and hardship, where gender roles are specialized, dichotomized and perpetuated with rigor and faithful fervor. A world of fear, obsessed with security that excludes solidarity.

In a technologically dominated world of frontiers and divisions, Goldman noted that domination presents the same dynamics everywhere, having a common structure and, to some extent, common solutions. Critics posit that Goldman confused matters, or mixed up different issues, that she was not precise enough in her analysis of society.

On the contrary, one of her greatest contributions for today is setting the example of her ability to see relations between all issues of a social nature. She did not adopt a compartmental approach to social issues. She had a holistic perspective on society and could extract a common structure from seemingly different issues and transpose a common frame of analysis to distant aspects of social life, such as going from women’s access to safe abortion to individuals’ freedom to migrate.

Goldman’s analytical method highlights structural similarities within various social problems. It places emphasis upon relations and similarities, rather than the subtle distinctions between variants of social ills. Her method displays features characteristic of recent developments in transdisciplinarity, which dismisses the “ego worship” attitude of much of Western social science, and puts forth a holistic approach to social problems.

The transdisciplinary mentality is a “problematic centered” rather than a “theory centered” perspective. Like spokes converging to the center of a wheel, Emma’s approach is transdisciplinary in that she recognizes the many paths to social justice all point towards a same center, whether the path be that of women’s suffrage or that of ending wars or abolishing slavery. No one issue should be “fetishized,” an attitude she considers mostly taken up by militant women, but that she criticizes as a means by which they perpetuate their own slavery.

Goldman implicitly replaces the ideal of objectivity with that of moral neutrality, one more easily attained but more adequate to the ideal of building a just society out of the corrupt one that exists.

Also, she does not refrain from using emotionally and esthetically loaded language that generations of mostly male thinkers have recoiled from: “Puritanism in this twentieth century is as much the enemy of freedom and beauty as it was when it landed on Plymouth Rock. It repudiates, as something vile and sinful, our deepest feelings; but being absolutely ignorant as to the real functions of human emotions, Puritanism is itself the creator of the most unspeakable vices.” 2

Goldman’s lexical field comprises terms referring to beauty and delight, poetic imagery often more evocative of the argument than detailed explanations or exhaustive lists could hope to achieve. Yet never does this limit her discussion to matters of trivial importance. She provides an example of how to integrate often dismissed aspects of human nature into a thorough examination of a social structure.

Seeing the same dynamics of domination at play between a husband and wife within the institution of marriage as that between master and slave, worker and owner, Goldman shows institutions as perpetuators of inequalities and injustices. The same structures of domination, exploitation, disrespect and violence that are revealed through the many institutions of social life: prison, marriage, patriotism, war, capitalism, sexuality, childrearing, etc.

Different structures allow for different articulations, different organizations enable different sets of possibilities. For Goldman, social revolution involved removing the obstacles to the expression of individual potentialities, to free the possibilities of actions and let emerge novel ways for individuals to join with each other in cooperative, freely joined organizations.

She proposes a collaborative organization of collective life, rather than a faithful commitment to a single dominant tradition often developed by a sole, usually male, hero figure. The many disappointments in her militant life and the treachery she witnessed taught Goldman caution from endorsing wholeheartedly the discourse of a single hero; instead, she was an iconoclast, proposing an enlightened yet realistic basis of living together: her special brand of anarchy.

“Anarchism, then, really stands for the liberation of the human mind from the dominion of religion; the liberation of the human body from the dominion of property; liberation from the shackles and restraint of government. Anarchism stands for a social order based on the free grouping of individuals for the purpose of producing real social wealth; an order that will guarantee to every human being free access to the earth and full enjoyment of the necessities of life, according to individual desires, tastes, and inclinations.” 3

Everywhere, Goldman’s work condemns quantity as a maladapted quest, condones quality as a beacon. She proposes that a woman be allowed to have only the children she wants. Speaking from a committed and lengthy experience as caregiver and midwife, she believed “free motherhood” would ensure better provision to each child of what every person needs to become an accomplished human being.

Such a person would in turn contribute, to the extent of their potential and freedom, to a cooperative society. A society comprised of free, fulfilled and rational persons, able to think for themselves and freely relate and collaborate with each other, not just masses of indoctrinated patriots ready for the slaughter.

About women’s issues, specifically, her militant stance is still pertinent. This is at once reassuring, in that the recent feminist discourse can benefit from ideas that have stood the test of a century’s time. Yet, it is also disheartening in that, although the twentieth century has seen considerable social progress, women still have to fight for respect and equality, and for radical change.

Women’s bodies are still the site of political tug-of-war; access to safe abortion is still a fighting ground. Masculinists are surfacing in western societies, arguing that women have gained too much power and are responsible for men’s failures, although the patriarchal triptych of state, religion and army is still determining history and disposing of women’s bodies, dispensing minorities’ rights, destroying land and killing living creatures unabashedly, to the great peril of all.

Emma Goldman’s implicit radical feminism and transdisciplinary approach reveal the continued pertinence and edginess of her ideas, and the importance of their presence among the concert of human voices and ideas.