Rachel Pollack is Willing to Change Everything

Rachel Pollack is the author of six novels, two collections of short stories, and 21 works of nonfiction, including the classic 78 Degrees of Wisdom, one of the most important contemporary guides to interpreting the tarot. She is the recipient of the Arthur C. Clarke Award for her novel Unquenchable Fire and the World Fantasy Award for Godmother Night.

The subtext of Pollack’s work is never far from a call for individual freedom. Pollack has contributed greatly to understanding and discourse on gender expression, writing popular books and comic books with queer and transsexual protagonists who lead complex, funny, heroic or just plain true-to-life lives. Unlike academic, political or cultural theory books on the subject of gender, her work is at once radical and incredibly accessible to a mass audience, crossing just about every boundary. 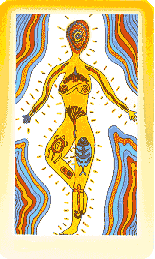 She attributes much of this to the freedom of expression possible in “low” or “pop” culture genres. “What I like about science fiction,” Pollack said, “is getting outside the culture to see the culture.” The inherent flexibility in being an “outsider,” an observer, has made her work what it is.

Pollack is often compared to the late Philip K. Dick, though the philosophical basis of her writing is more diverse and rendered with greater depth and mastery. Like Dick, her work has infused “low culture” (comic books, fantasy and SF) with diverse intellectual, archetypical and philosophical ideas, many of which focus on autonomist and Gnostic spirituality as well as transcendent definitions and expressions of gender.

Pollack is also professor of creative writing at Goddard College’s Masters of Fine Arts Program, where she has a reputation for being a kind of cult figure; a woman who can give the college’s keynote address off the top of her head, illuminate the links between kabala and comic books, and tell shockingly inappropriate jokes (later explaining their origin and cultural significance). Nothing is off limits for the joy of critical analysis.

Over time, the diversity of her work has garnered her a kind of multi-genred fan base as well--those who are devoted to her nonfiction work on tarot, mysticism, and philosophy; devotees of Pollack’s classic novels like Temporary Agency, A Secret Woman, Godmother Night and Unquenchable Fire; and of course, comic book aficionados who followed the Doom Patrol and The New Gods series that she wrote.

While Pollack acknowledges the influence she’s had on certain aspects of popular culture, and her place as predictor (maybe diviner) of trends, she laughed when I asked her about her cult following and attributed it to the topics about which she writes.

“Well the cult is not very big,” she said. “You know, I think there is this attraction to so-called low culture’. People who are involved in these things have the sense of those in a secret society. They recognize something the mainstream culture doesn’t, and become devoted to it.”

Her work is often concerned with what is below the surface of everyday matters, what happens when the life of the mind and the concerns of the material world converge.

This makes Pollack’s work not only transcendent, but often very funny. As in Unquenchable Fire, where God appears in the form of a chocolate chip cookie salesman on Seventh Avenue, and is then perceived to be out of touch with the experiences of mortals, and therefore insane.

Mystery, meaning, tradition, and subversion of dominant and repressive aesthetics are intrinsic to Pollack’s work, as is the influence of fairy tale and folklore. These things become apparent in her writing on the Tarot--a place where the magic of her various passions converge.

Pollack said one idea concerning how the Tarot originated was as a way to protect an Egyptian philosophical system from repression. She said that “bad times were expected and there would be a state of repression, so a game was invented that would hold this information and wisdom. This Egyptian book of universal knowledge could be disguised in a game, and the knowledge could be passed on. So here is this idea of this wonderful game that contains the secrets of the universe.” Pollack said there is no historical truth to this idea but finds the concept itself compelling.

She feels there is no official text for the cards, and looks to the stories and symbols depicted on the cards themselves. “The pictures existed before there were interpretations.”

“There is this belief that tarot can reveal some secrets of the universe,” she grinned. “But it’s a matter of which secrets they are. People are always falling into the pattern of believing they have found ultimate truth.”

And here again Pollack shows her commitment to multiple possibilities in examining the sense of sacredness and human creativity. “If I look at myself with a critical eye I am an outsider. There is an outlaw status to being a tarot reader.”

“There’s a prejudice,” she said, “People think things like comic books, science fiction, can’t have an intellectual framework. But of course these are often a place where many ideas and issues and taboos can be examined.”

Low art has really worked in terms of illuminating these concepts, she said. Like the tarot, low art is a place where spiritual and philosophical ideas can be both hidden and made accessible at the same time. She uses Jack Kirby’s comic The New Gods to illustrate one of her own philosophical beliefs: that good is an offshoot of evil and a response to it, and that the real dichotomy is between evil and life. Kirby’s character Darkseid, seeking his anti-life solution, mirrors her concept.

“The hardest thing about being radical,” she said, “is that you can work your whole life for a small victory and see it overturned, because Anti-life can stop you from eating, can take away your income.”

Pollack’s work as an outsider has been at the center of various controversies, even within the forms she has written. When she took over the popular comic book Doom Patrol, for example, its plot and subtext began to expand and change.

“Comics are considered low art,” she said. “In pop culture people are more willing to give themselves over to emotion. There are great moments that can justify an entire series. I’ll put up with a lot for a beautiful moment in pop culture.”

What Pollack gave readers of the classic was more than a beautiful moment. It was a lesson in myth, and the first transsexual superhero, Coagula aka Kate Godwin (a surname familiar to anarchist scholars).

“What we were doing with Doom Patrol was a high modernist approach to superheroes. People complained that it was incomprehensible. We did major conceptual and intellectual work, wrote stuff about sexuality and people accepting themselves; our message was to embrace who you are; not care about what anyone else says; not be a coward, love life and accept yourself. People hated Doom Patrol,” she paused and shook her head. “But we had a young transsexual write to tell us that she would have killed herself if it wasn’t for Doom Patrol. We saved lives.”

“The easiest organizing principal,” Pollack said, “is gender difference. When you step outside the system you see how genuinely strange accepted convention really is. It is completely amazing to me how people are caught up in gender roles--things that seem part of the 1950s--all the jokes that still pervade late night talk shows etcetera that consistently reinforce gender roles. Or when straight women complain about their partners being dumb or having no sympathy at all and it’s just expected discourse. ‘He’s so dumb ha ha ha’--well why don’t you leave him then?”

The question that might obviously arise is why hasn’t Pollack written a long nonfiction work on gender expression. Why hasn’t she written a memoir?

“People are always asking me to write an autobiography,” she said, “because I’m transsexual, because of the circumstances of my transitioning. [Pollack’s partner came out as a lesbian and then Pollack transitioned and remained with her.] And I do think a lot about being transgendered, what we know that other people don’t. But you know, I’ve tried to live my life, to have my life be my politics. Transsexuals get this. I don’t make it the basis of my professional life but I don’t try to hide it. There is this automatic assumption that trans are trying to seek approval, to prove something, and that nons are there to approve or disapprove.”

Prejudice about gender expression, she said, is not limited to the hetero population. “Many radical lesbians maintained that transsexuals were reactionaries,” she laughed. “What is more radical than changing your body?”

Living her work, Pollack reflects a kind of wisdom on possibility and revolution; accessible, present, concealed in her laugh and her light way like an Egyptian book of wisdom is concealed in a game. Commitment to change, to action, to freedom is perhaps the biggest gift Pollack has given her readers and students. An example she sums up it a simple sentence: “Transsexuals are willing to change completely.”