Update on the Case of Marie Mason 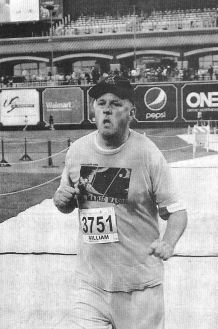 FE Note: Most of the following information on Marie Mason is from the web site supportmariemason.org. Check for updates.

Marie, a long-time Fifth Estate contributor, was sentenced in February 2009 to almost 22 years in prison following a guilty plea for two acts of property destruction. She is currently an inmate at the Waseca, Minnesota federal correctional institution, serving the longest sentence of any Green Scare arrestee. (See Fifth Estate Spring and Summer 2009 editions.) These are available at the FE web site.

Mostly, Marie has been trying to adjust to life at Waseca. The good news is that she was initially assigned a job in the kitchen but was able to be transferred to a job as a guitar instructor. She teaches group classes and gives individual instruction. The prison folk band she is in was finally approved to play a concert on Columbus Day. They used the opportunity to discuss Native American struggles and Leonard Peltier’s incarceration specifically with the audience. Marie wrote that a good portion of the audience was receptive and engaged in a discussion that carried on well after the concert was over.

Unfortunately, Marie’s other needs are not being met. Mail delivery has continuously been disrupted. Contact with her appeal lawyer was halted at one point, and he had to intervene to re-establish it. Certain of her supporters were barred from contacting Marie, but then allowed to--only to find their communications were censored or parts of them “lost.”

The worst is her food situation. Marie is vegan, but the prison will not provide meals and she has been forced to buy supplemental food from the commissary. This, predictably, has also caused a problem. There is an excess of money in her commissary account and therefore a monthly amount has been garnished by the government to pay restitution for the property damage as part of her plea bargain.

Supporters are asked not to place money directly in her commissary account, but rather donate funds directly to her family. See below. In a move that has disappointed Marie and her supporters, prison officials notified her that she will not be allowed to use the new email system recently being installed for the use of many federal prisoners. Although other Green Scare prisoners have been afforded this privilege, no explanation was given to Marie for the denial.

Additionally, the prison has implemented a mandatory address list, restricting her to 100 people she can write to, all of whom must be authorized ahead of time. The 100 person list only limits who she can write to; anyone is free to write her, but unless you are on her authorized list, she will not be able to write back. When you receive a letter from her, your letter will have a prison-generated label from the approved correspondents list. This procedure and even the email system is part of a larger inmate surveillance program. Marie’s appeal is still underway, and details will be posted as they become available.