A Radicalization of Reich
Sexual Repression & The Roots of Authoritarianism 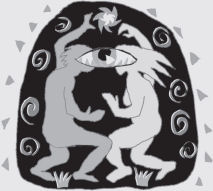 Wilhelm Reich’s The Mass Psychology of Fascism (MPF) was written in 1933, at the peak of Hitler’s rise to power. The book is, most immediately, an attempt to explain the victory of the Nazis, at a time when economic hardship in Germany should have provoked a turn to the Left.

More fundamentally, as Reich writes in MPF, it is an effort to diagnose the fascist phenomenon, not as a trend of national politics, but, as “the basic emotional attitude of man in authoritarian society, with its machine civilization and its mechanistic-mystical view of life.”

A physician by training, Reich described this condition as an “emotional plague,” a diseased character-structure common to individuals in mass society. Its source, he claimed, was the “mystification and inhibition of natural sexuality.” Sexual repression was the cause not only of Nazi enthusiasm, but of social misery and human servitude more generally. Only by developing new, coherent forms of sex-economic practice could this servitude be overcome. In order to grasp the radical potential of Reich’s thought, however, we have to revise its basic logic. The analysis of MPF is built upon three theses:

First, the economic theory of sexuality, borrowed from Reich’s teacher, Freud. This makes it possible for Reich to claim that sexual repression is the root cause of all social dysfunction.

Second, the belief that social pathology is essentially a problem of ideology. Sexual repression induces irrational beliefs, which in turn lead to bad politics. For Reich, this “irrationality’ is defined as a failure to conform to the prescriptions of Marxist and psychoanalytic science.

Finally, the hypothesis of “work-democracy”--Reich’s vision of a society in which sexuality is rationally self-managed. Here, scientific-industrial rationality serves as an implicit model for social and sexual health.

All of these theses are presupposed in the arguments of MPF. None of them captures what is most vital in Reich’s critical project. By taking Marxist and sex-economic categories as his ultimate frame of reference for sex-political inquiry, Reich obscures his own radical insight into the nature of the emotional plague. A deeper inspiration is found in his attention to bodies and pleasures, and to their evisceration at the hands of mass society--in short, to sexuality as a material force.

Civilization operates as a self-imposed confinement of the powers of bodies and pleasures. We are much like the Marquis de Sade in his prison cell--except that our imprisonment takes place within the industrialized grid of everyday life. Repression is enforced, not through a mysterious psychic mechanism, but as a violence imposed by the material system of civilization itself. Until this system is dissolved, there can be no authentic sexual liberation.

Reich glimpsed this insight in his discovery of the “orgone energy,” and in his experimental studies of pleasure and anxiety. His research was shaped by heteronormative, masculine assumptions, and by an excessive emphasis on the orgasm-function, but his vision of sexuality as a dynamic material force, discernible by the senses, remains significant.

It is by viewing sexuality as a struggle of material forces that we can understand the pervasive suffering that defines civilized life at all levels of the social order. The “emotional plague” is not an aberrant condition, limited only to Nazis and God-fearing mystics; it affects all who inhabit the technologized landscape of mass society. Its principal manifestation is not a renunciation of sex, or a lack of “orgastic potency,” as Reich wrote, but a loss of our capacity for ordinary embodied experience.

We have become estranged from our basic relationality as physical beings. Our sense of place has vanished. We are deterritorialized, cut off from our immediate connection to the earth, It is quite possible to say that we no longer experience ourselves as living.

This condition undoubtedly has roots in a crisis endured by our prehistoric ancestors. Sexual pleasure was an element of human experience from the earliest times. Domination of women, children, and nature must have played a role in the first eruptions of violence, human against human. Territorial conflicts among competing tribes might also have emerged at this time. We can only speculate about when sexual pleasure first became a source of anxiety, but one thing is clear: Something occurred to precipitate a shift in the physical relations among early humans, and the wound has never healed.

A terror was awakened, a skin-fear, a flesh-panic. Bodies that once moved in harmony became alienated and divided. For millennia, prior to the use of language, sexual relations between humans must have been guided by direct empathic communication. At some point, this communion was disturbed, and the relatively short process of civilization was initiated.

If our goal is to restore our capacity for spontaneous bodily affirmation, we will need to pay close attention to this trajectory. It is absurd to think that sexual freedom could be achieved within the very institutions that have facilitated our enslavement.

The logic born of our prehistoric crisis--enshrined in the image of Adam and Eve hiding their naked bodies--culminates in the disembodied rationality of technological civilization.

The destructive capacity of this logic is directly responsible for our present catastrophe, sexual and social. Reich recognized the inseparability of social and sexual misery, but he believed, falsely, that a solution could be found within the order of work and rational self-control. As a devoted scientist, he judged the world according to the standards of his own ideal-type.

Now the problem has deepened, and more radical solutions must be explored.

Instead of rejecting the logic of slave-rationality, contemporary society has driven its forces to new extremes. In our age of terror and globalized mass media, the violent assault on bodies and pleasures is carried out through a total technologization of everyday life. Our senses are invaded by a constant stream of electronic voices, digitized images, and pre-programmed mass communication. Zombie-like participation in spectacle replaces the richness of immediate sensory experience, and we ingest psychiatric drugs to numb ourselves against the loss.

The sovereign, self-propelled human body is reduced to a lifeless cyborg. Headphones, cell phones, and hand-held devices bind all attention to the channels of the centralized disinformation-machine, precluding any face-to-face contact. Despite having nine hundred Facebook friends, nobody knows anyone else. It is as if our senses are no longer able to rest on another body, on another human face, unless it corresponds to some image within the globalized mass spectacle.

We have forgotten the joy of a chance encounter, the flash of shared intimacy, the sparks of silent attraction. Pleasure is ritualized and regulated at best; at worst, it is a packaged commodity, cooked up in a high-tech laboratory, and sold on the mass market as an exotic love-potion.

The irony of all this is that the more deeply technology penetrates into our embodied experience, the more hypersexualized society becomes. Thirty years ago, Foucault observed that power in the realm of sexuality, is defined less by prohibition than by the inducement and multiplication of sexual performances. The question is not how to free sexual instinct from law and taboo, but how to use bodies and pleasures to counteract the organized regime of sexual self-constitution.

What Foucault failed to see is that this counter-conduct cannot simply be a matter of tactical modification--of finding techniques that will disrupt the dominant patterns and discourses of sexualization. Sexuality is fully integrated into the material infrastructure of machine-civilization, and it must be dismantled as a whole.

Sexuality is what results when the spontaneous power of bodies is divested, and pleasure is projected onto external objects of desire. It is a reification, rooted in forces of violence. The proliferation of sexualized representations is at the same time an intensification of the assault on bodies and their ungovernable capacity for pleasure.

In technological society, the reified grid of sexuality gives way to an all-encompassing spectacle, in which bodies are transformed into fragmented images, a kaleidoscopic theater of sexualized simulations. Internet pornography, cybersex, the omnipresent display of plastic and artificial bodies, sex-enhancement drugs, medicalized sex, sex with machines--these are the ruins of our common bodily existence.

We participate in endless ordeals of sexual selection, governed by the normalizing images of celebrity culture and mass media. We groom and fashion ourselves in conformity with this image-logic, only to consume a pleasure that has been determined, in its very nature, by the alien demands of technological necessity.

In one sense, it is the dispossession of sexual pleasure that drives civilization to generate new and more elaborate forms of bodily confinement. Given the originary nature of sex, and the patriarchal roots of domestication, it is logical to assume that the suspension of sexual pleasure played a role in establishing the first marks of physical separation.

This would corroborate Freud’s hypothesis of a primordial rupture in human life--an original moment in which symbolic culture triumphed over eros, reality over pleasure. We must not, however, make the mistake of transferring this rupture into modern life in the form of an unconscious principle--a notion that only obscures the material conditions of our ongoing imprisonment and blinds us to the choice with which we are perpetually faced.

Moreover, recognizing an essential link between sex and civilization does not validate the attempt, as in Reich’s case, to seek out a universal sexual energy, which could then be examined, classified, and controlled as the basis for a new biopolitical order.

The importance of Reich’s example lies not in the possibility of subjecting sexuality to the scientific gaze, but in the struggle to break down civilized barriers by experimenting with new bodily practices.

As Spinoza said, we do not yet know what a body can do.

We can add that the only way to find out is by trying. Our greatest potential for liberation is found in our ability to mobilize bodies to confront the civilized order that keeps pleasure imprisoned.

This means not only seeking out wild, ungovernable pleasures, but also tearing down the material structures that make these pleasures unattainable. And these destructive acts are themselves immensely pleasurable!

Revolt against the civilized death-machine, carried out in a blur of common electricities, is an experience of sensual awakening unlike any other. By pursuing such experiences, we restore the powers of the ordinary body and summon the forces of a more harmonious future.