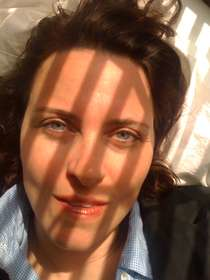 Cara Hoffman published her first major novel, So Much Pretty, in 2011. It is a tale of family, community, and storytelling, but also about the ongoing acceptance of violence against women. Cara’s writing has appeared frequently in these pages. The Spring 2012 Fifth Estate featured a review of her book which was nominated for the National Book Award.

Fifth Estate: How do you place your novel within the genre of anarchist fiction?

Cara Hoffman: So much Pretty has a couple of characters in it who are committed anarchists and DIYers. The book also has a lot to do with the Situationists. A huge amount of the subtext relates to anarchist themes.

FE: Was it surprising to you that your publisher let your characters be defined in that way?

CH: No, actually not. Simon and Schuster is down with whatever ideological perspective I bring to my work. My editor recently wrote on Twitter that my favorite anarchist (me) has a blog up on Powell’s Books. I know the common perception is that big corporate publishers are not amenable to anarchist philosophical or political ideas, but that’s not true. I think it has to do with the delivery system for the ideology.

FE: They want to sell books. Eighty years ago, Knopf Publishers printed Emma Goldman’s memoir, Living My Life, in a period that was extremely hostile to anarchists.

CH: Sure. Emma Goldman and authors like Joseph Conrad wrote books about anarchists. Writers associated with major publishers in conservative eras. Anti-authoritarianism is a fascinating topic. Certainly that’s where my sentiments originated.

FE: I interviewed Walter Mosley once and he objected to being categorized as a “black, crime fiction writer.” He said, “I’m a fiction writer, period.” What do you think about the idea of anarchist fiction?

CH: Of course, my politics inform the way I view the world, but I don’t see So Much Pretty as an anarchist book. I don’t have a problem with being described as an anarchist writer. I don’t think that’s a terrible thing to be called.

FE: That’s a compliment around here!