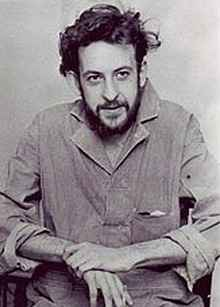 (UPS) The following is an interview with D.A. Levy, the nationally prominent young Cleveland poet who was twice arrested early this year because of his outspoken poetic opinions of the good mayor and his mucked-up administration of that city.

L.B.: When were you arrested on obscenity charges?

Levy: Early February was the first time; the second time was a couple months later, March 28, on the charge of “tending to act in a way that might contribute to the delinquency of a minor.” I was reading poems, including one written by a 17-year-old in which the word “motherfucker” was used and I gave the 17 year-old a printed copy of his own poem.

A 19-year-old poet, R.J.S. was also jailed for contributing to the delinquency of a minor. Actually it was because he was printing poetry.

L.B.: If you were arrested in February and March, what is the delay on your trial?

Levy: They’re trying to bring me out into the open so they can catch me for drugs. Then they’d really have a case. So in the meantime they’re detaining my trial.

L.B.: On what basis will you fight your case?

Levy: On the grounds that I didn’t know I lived in Ohio. I was under the delusion that I lived in a free country. I didn’t realize Cleveland’s laws were similar to those in the South.

Also I’m pleading “Niacin deficiency.” I hallucinated poems for three years and burned up all my niacin, so I wasn’t in complete control

L.B.: What do you think the judge will have to say about your defense?

L.B.: What have you been doing while you await trial?

Levy: Putting out the “Buddhist Third Class Junkmail Oracle,” and trying to raise money for its postage and printing costs.

L.B.: Do you really think there’s any hope for Cleveland?

Levy: Cleveland has been “occupied territory” for 20 years—occupied by Catholics. Actually my charge was inter-religious political sodomy. They’re checking with the Pope to see if they can throw me in jail.

L.B.: What kind of growth has been taking place in Cleveland?

Levy: To give an example, when Ginsberg was in town, he spoke at the coffeehouse. Because of a poster that was hanging in the coffeehouse offering a reward of one pound of grass to anyone who would drop 1000 mikes of acid on Sgt. (now Lieutenant) Miller, they sent 26 squad cars carrying 52 police to check it out. They rushed in and lined everyone up against the walls, guns pulled. They even stuck a rifle in Ginsberg’s stomach. He said he hadn’t seen police action like this even in Cuba or Czechoslovakia.

In the meantime, behind the coffeehouse, four whites were beating up two Negroes, but none of the 52 policemen managed to get back there in time to stop it.

L.B.: What do you think will come of all this?

Levy: One of these days people are going to wise up and realize that it’s the police who are giving them all trouble. They’ll overlook their differences with each other to fight those that they hate most and the police are going to get it.

L.B.: If your efforts in Cleveland are as futile as they seem, why are you staying there?

Levy: I was just getting ready to leave when I was arrested.

L.B.: I’ve heard a great deal about a Cleveland organization called the Underground Thought Patrol. Could you tell me about it?

Levy: The U.T.P, removes people from the scene of an arrest 10 minutes before the arrest is to occur; it’s done through precognition. Every time police are coming I get sick. It’s the early radar system of the hippies. It only operates if you really don’t want to get arrested.

The U.T.P. does other things, like psychically disorienting police or other fascist aggressors. They forget where they were going or who they were going to arrest. Makes them feel guilty about arresting people.

I’ve also been trying to get through to Mayor Locher, but I’m really having trouble. He must have someone guarding his mind.

L.B.: If you can win your case, what do you plan to do when you’re freed?

Levy: Maybe I’ll bring Tibetan Buddhism to Cleveland—but actually, I’m not sure I want to live in this country. Look at Johnson—where can you go from there? It’s so bad that it would take an unbelievably perceptive national administration to straighten the mess out

Sometimes I think I’ll go to Israel where I’d be allowed to be a Jew. Here it’s un-American to be anything but Christian.

Besides, they have more sun in Israel. I think Cleveland competes with some other city to see who gets the least sunlight.

L.B.: Is there anything that concerned, interested people can do to save Cleveland?

Levy: Yes. Join the U.T.P. Direct your thoughts where you think they’ll do the most good. Cleveland needs all the help it can get.

Reprinted from the L.A. Free Press.