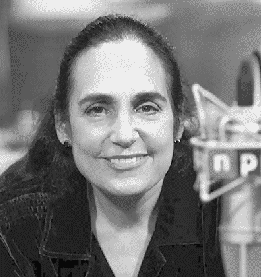 Margot Adler, if known to Fifth Estate readers at all, is probably known as a longtime correspondent for NPR radio since 1979. She died on July 28 of cancer at the age of 68.

However, those who do know of her may also be aware that she considered herself a Wiccan high priestess who adhered to the tradition for more than 40 years. Also, there is a specific Fifth Estate connection quite distant from Nationalistic Pentagon Radio (more fitting for its acronym than its actual name).

Adler was the author of Drawing Down the Moon: Witches, Druids, Goddess-Worshippers, and Other Pagans in America Today, published in 1979, a book that described contemporary pagan movements and was instrumental in renewing an interest in them.

In a resource section of it, Adler listed the Fifth Estate as being free to prisoners, and 35 years later, we still receive requests from inmates for subscriptions to this magazine from it. Those are financed in part by FE readers.

Adler was the granddaughter of the psychiatrist Alfred Adler, Freud’s colleague and then adversary in Vienna.

She also wrote Vampires Are Us: Understanding Our Love Affair With the Immortal Dark Side, and a 1997 memoir, Heretic’s Heart: A Journey Through Spirit & Revolution.

Adler embraced neo-paganism in the early 1970s, according to a New York Times obituary, “because its invocation of ancient goddesses appealed to her feminism and its ecological concerns resonated with her love of nature.”

It also reported that she maintained a pagan shrine in her bedroom and led “a small coven” in the living room.