After seven years in a highly secretive, repressive unit of a Texas federal prison for women, environmental Green Scare political prisoner, Marius Mason, has finally been moved into a less restrictive section. 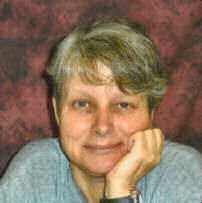 He is now able to go outside, touch the trees, and see the clouds and stars, something he reports he will never take for granted again.

Marius Mason is an anarchist, environmentalist, and animal rights activist serving nearly 22 years in federal prison for acts of property damage carried out in defense of the planet.

He pleaded guilty in 2009 to arson at a Michigan State University lab researching GMOs for Monsanto and admitted to 12 other acts of environmental sabotage resulting only in property damage.

He was released in May from the Administrative Unit within Carswell Federal Medical Center in Fort Worth, Texas. Marius came out as transgender in 2014. Previously known as “Marie Mason,” he changed his name (though not yet legally), uses male pronouns, and in 2016 received a medical diagnosis allowing him to receive hormone therapy.

The Carswell Administrative Unit is similar to Communication Management Units (CMU) that are currently under legal challenge by the Center for Constitutional Rights.

Marius is adjusting to life in the new unit, where for the majority of the day he is doing prison labor, involved in mandatory therapy groups and studying for his Ohio University psychology course work. He is busy from 6 a.m. to lights out. He is behind on correspondence, but needs letters and cards from friends and supporters to help him feel connected to the outside world.

Fortunately, Marius’ new unit previously housed a transgender man, so policy has already been established and the majority of the guards and inmates use his chosen pronoun. He says the general atmosphere is far less hostile compared to the Administrative Unit, and has been able to speak with two transwomen in Carswell, being inspired and learning a lot from their advocacy work.

This year’s June 11th International Day of Solidarity with Marius Mason & All Long-Term Anarchist Prisoners events and individual donations raised enough money to cover four and a half months of Marius’ commissary needs.

The Fight Toxic Prisons convergence held near the prison, June 2–5, paid for Marius’ attorney Moira Meltzer-Cohen to travel to Texas where she established contact with a sympathetic Texas lawyer who will begin working on a legal name change.

The case will be filed in Texas court, but will likely be rejected as most prisoner name changes are denied. If so, the decision will be appealed to the federal court system, helping to set precedent for prisoners across the country who want or need to change their names to comply with gender-affirming care, or because of divorce or religious reasons.

Marius is seeking a passionate vegan group or individual to spearhead a campaign to improve vegan options in federal prisons. Contact the support committee if you can take this on.

Marius’ paintings are going on the road. Exhibitions of his prison paintings have been displayed or are opening in Bloomington, Indiana, Pittsburgh and Cincinnati. In addition, an exhibition called “The Food Show” at the bG Gallery in Santa Barbara, Calif., featured the work of 50 artists including two from Marius, one which was a portrait of Indian water activist, Vandana Shiva.

Please be in touch at supportmariusmason@riseup.net if you’d like to coordinate an exhibit in your city.

Marius’ web site is SupportMariusMason.org to donate, for ongoing developments, sign up for his email list, and order Marius’ poetry, t-shirts, CDs, and postcard series.

Cindy Crabb is an author, therapist, and prison abolitionist living in Pittsburgh. Her books, Encyclopedia of Doris and Learning Good Consent, are available from AK Press. She runs a small distro at dorisdorisdoris.com.