from The Life and Legacy of Joel David Silvers [[https://www.facebook.com/joeldavidsilvers/?__xts__[0]=68.ARAPcYRtWRN0Zfe0Dap0DNunPEogtRWmIzdfiCua5Eicf5KeMLw03ss0GY4L86c0vo0O_ivVQjHBV6Pq0zMfpa-liPs8LrZNDy8O450rF6m4fDxFJvb0wLtev1lJZThO5sW0Vzz_pR6zGYKvAWKe-kbhnBBsxzX51yk21bqQzpPqKWumGiuE9KZQSKc6qDCqS4msBl4N8ZeApjtIfhs8NIC9r12iyt_GN4HWijSbcYxF_rrHy4nXrt0bUJa99MgLH4gFj9seWFd9_THFqwywRxy08urJpRXVMPSdjTGfmc8AzYK6gi9DX2iIh0RMIjEy7wGkdqQIym9Whdqes4kJXDSIlN3w&__tn__=k*F&tn-str=k*F][(Facebook)]] 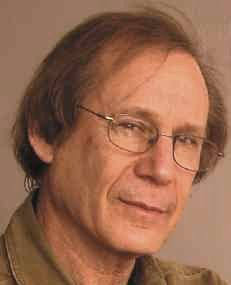 Friend and comrade, Joel Silvers, died unexpectedly at age 72 in Detroit on December 8, 2018.

Joel was present when the Fifth Estate was launched in 1965 and at the 2015 festivities that celebrated the 50th anniversary of this publication.

As an award-winning filmmaker, he produced a documentary of interviews with some of the early staff, a trailer of which is available on our web site, FifthEstate.org, “Enduring Voices: 50 years of the Fifth Estate.”

Joel produced numerous documentaries around the themes of social justice. He taught art and film studies at Detroit’s Wayne State University, and was an accomplished artist. There is an exhibition of Joel’s artwork being planned.

His extensive collection of documentaries and award winning films is being archived, and other filmmakers are planning a documentary on his life and legacy.

Joel’s death leaves a gaping hole in the Detroit community.

from The Life and Legacy of Joel David Silvers [[https://www.facebook.com/joeldavidsilvers/?__xts__[0]=68.ARAPcYRtWRN0Zfe0Dap0DNunPEogtRWmIzdfiCua5Eicf5KeMLw03ss0GY4L86c0vo0O_ivVQjHBV6Pq0zMfpa-liPs8LrZNDy8O450rF6m4fDxFJvb0wLtev1lJZThO5sW0Vzz_pR6zGYKvAWKe-kbhnBBsxzX51yk21bqQzpPqKWumGiuE9KZQSKc6qDCqS4msBl4N8ZeApjtIfhs8NIC9r12iyt_GN4HWijSbcYxF_rrHy4nXrt0bUJa99MgLH4gFj9seWFd9_THFqwywRxy08urJpRXVMPSdjTGfmc8AzYK6gi9DX2iIh0RMIjEy7wGkdqQIym9Whdqes4kJXDSIlN3w&__tn__=k*F&tn-str=k*F][(Facebook)]]

Joel Silvers is best remembered as a man who chose to fight for causes that were not simple and not popular, causes that required him to take a stance, which defined the person he became. As a filmmaker, Joel gave a voice to those that stood in defiance of all that was wrong in this world. As a Wayne State University professor, he taught generations of future filmmakers to think about the impact of their choices and embrace diversity. We remember Joel as a social activist, an artist, a filmmaker, a mentor, a teacher, but most importantly a friend.