Seattle Far-Right Shooter’s Trial Ends in Hung Jury
How can we get justice in an unjust system? 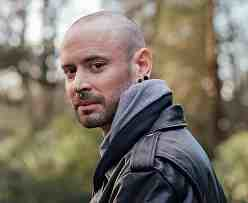 Following the recent dismissal of charges against a right-wing woman who shot an anarchist anti-fascist activist in 2017, the question of how anarchists should or should not interact with the state’s mis-named justice system has become more relevant than ever. The victim’s own anarchist stance on state-administered justice and possible alternatives to it have added needed complexity to a perennial issue.

On January 20, 2017, the day Donald Trump was inaugurated President of the United States, an anarchist anti-fascist was shot in Seattle. It happened in a crowded square on the campus of the University of Washington (UW) during a protest against a talk by misogynist, transphobe, racist, xenophobic and serial harasser, Milo Yiannopoulos.

The far-right assailant, Elizabeth Hokoana, shot the protester point blank in the abdomen. The victim, initially identified as Hex to minimize doxing and other harassment from the right, came close to dying.

After a delay of two and a half years, Elizabeth Hokoana was finally brought to trial in July 2019. The result was a hung jury in August. Her husband, Marc, who assaulted several anti-fascist demonstrators with pepper spray at the same protest, was tried alongside Elizabeth, and the jury could not reach consensus on his guilt either.

The couple’s trial in a Seattle courtroom lasted five weeks. After the trial the jury deliberated for five days before announcing that it was unable to agree on a verdict. The jury foreman later explained that “a handful of jurors sympathized with and held similar conservative political views to Marc and Elizabeth Hokoana,” and therefore refused to find either of them guilty. The judge declared a mistrial. Shortly afterwards the prosecutor announced there would not be a retrial and criminal charges against both Hokoanas were dismissed.

The outcome of this case normalizes extra-legal far-right violence against those who protest, including attempted murder and assault.

The experience of Elizabeth and Marc Hokoana was strikingly different from that of anti-fascist demonstrators arrested during the protests against the Trump inauguration or other confrontations with the far-right.

The evidence of what happened was clear, especially because of videos and other material as well as narratives provided to independent journalists and the police by several people who had been on the scene. During the trial Elizabeth Hokoana admitted having gone to the University of Washington that evening with her loaded 9mm Glock semi-automatic pistol in a holster under her parka ready to use. She brought that gun apparently not worrying about the university’s ban of firearms on campus.

Yiannopoulos was invited to speak on the UW campus by the College Republicans before the Trump election. As soon as the engagement was announced, many university students, workers, faculty, and community members expressed strong objections to his appearance because of a history of encouraging fans to commit violence. As the time approached, Yiannopoulos justified their fears by using his Twitter account to repeatedly advocate carrying guns on campus in defiance of UW rules and striking out against those who opposed him.

Despite the objections and Yiannopoulos’ provocative attitude, the UW administration decided to permit the event to take place in the name of freedom of expression, while asking for police assistance in crowd control.

Predictably, the evening of January 20 saw tense confrontations on the campus between right-wing Yiannopoulos and Trump supporters and anti-fascist protesters. Hex, a longtime member of the IWW and an anarchist anti-fascist was there. In the turmoil, Elizabeth shot and critically injured Hex, as he was trying to stop her husband Marc from assaulting protesters with pepper spray.

In videos shown during the trial, Marc was seen initiating assaults against anti-fascists. He was also heard telling Elizabeth, “Don’t shoot anybody [yet]!...They have to start it!”

Despite the massive police presence at the scene of the crime, Elizabeth and Marc Hokoana were able to walk away and go home following the shooting. A few hours later, they turned themselves into the campus police. That night, Marc claimed to be the shooter and justified his act as self-defense. The police took Elizabeth’s handgun and Marc’s cell phone, and their car was impounded. But both Hokoanas were released later that same night without charges.

When the police attempted to view the content of Marc Hokoana’s cell phone it was found to have been wiped clean. However, his Facebook page was located. It showed Marc was an admirer of Trump, Breitbart News and Breitbart editor Ben Shapiro. It also showed him to be a gun enthusiast and to have boasted about his plans to go to the UW with the intention of “cracking skulls” while his wife would be carrying a gun.

At the end of March, Elizabeth Hokoana confessed that she had pulled the trigger. Although she claimed she shot Hex because he was about to stab Marc, no knife was ever found or seen on the videos showing him trying to restrain her husband.

In May, the Hokoana couple had a hearing at which the judge set bail of $10,000 for each of them, even though the prosecutor had asked for $50,000. Their families were able to help raise the bail, so both of them remained out of jail while awaiting trial during the ensuing two and a half years.

It is definitely not easy to figure out an adequate response to the ongoing and even escalating far-right violence on college campuses and throughout the country since 2016.

A few days after the shooting Josh Dukes was identified by the Seattle Times as the anarchist anti-fascist victim. Dukes made it known early on that he would not press charges against the Hokoanas and would not participate in any trial that might be held, because he does not believe that what is known as the justice system can resolve anything or rehabilitate anyone.

He wanted to attempt restorative justice, focusing on recognizing the perpetrator as a human being who could begin to understand the ways the community was hurt and social solidarity disrupted by the act. Dukes also felt it important to deal with what had happened in a way that would not contradict his long-standing opposition to the police and prison system as giving power to a variety of repressive and punitive state bodies. Marc and Elizabeth Hokoana predictably refused to participate in such a process because they do not share Dukes’ anarchist values.

Others who, like Dukes, also reject the so-called justice system as unjust have nevertheless felt it important to participate in trials of far-right and neo-nazi assailants as a form of harm reduction.

They argue that in the short term, it is important to help incarcerate such violent aggressors by testifying against them in court in order to limit their ability to injure or kill more people. This was the case for some of those who were injured by James Fields, the far-right assailant who used his car as a weapon against anti-fascist protesters in 2017, during the Unite The Right events in Charlottesville, Virginia. One of the injured wrote, “Fields’ conviction is one of the rare occasions when the injustice system is acting fairly. His sentencing neither exonerates nor vindicates our racist, classist injustice system.”

At the same time it is important to remember that the police and the courts have usually proved more interested in investigating and prosecuting anarchists and leftists, even when they are victims, than in dealing with far-right aggression.

Continuing to explore ways of going beyond what the state defines as justice is more vital than ever.

Rui Preti lives in the Pacific Northwest. They are a longtime friend of the Fifth Estate and a great believer in the value of continuous questioning and challenging the status quo.

For more details of the inauguration-day shooting, see “An Anarchist is Shot in Seattle: How will it be resolved? By the State or with Restorative Justice?” by CP & SM, Fifth Estate, #398, Summer 2017.