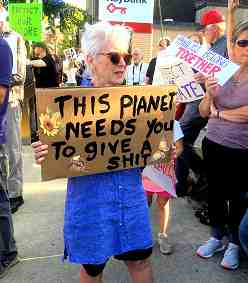 A friend tells me of his first job out of college. He was hired to run a senior center, not attached to a nursing home, in the Bronx.

It was his first exposure to a community of elderly, and he was saddened at what he saw: dozens of women and men, many of whom had once lived fulfilling lives according to the values of American society, now sitting in day rooms, watching television, many of them seldom talking, some nearly catatonic.

It was the early 1970s, and the prevailing philosophy was that older people, who once had aged with their families, should instead be clustered together, sometimes in Sunbelt retirement so-called communities, more often in grim habitations like the one my friend was helping to run. They weren’t happy. In fact, their lives were being wasted.

My friend noticed something else. They were being ripped off by a pharmacy that was supplying prescriptions for most of the residents.

This was an opportunity as much as a problem, and my friend helped create one of the first senior action groups at the center. They sent groups of residents to other pharmacies in the area to compare drug prices, then used the local press to publicize the discrepancies. After that, they started comparing interest rates offered by their banks.

“I realized this is a powerhouse,” my friend told me. “These were people with knowledge and with time on their hands. Given the opportunity, they knew how to organize and get things done.”

A tidal wave of elder activism hit the U.S. in the 1960s and 1970s. The Age Discrimination in Employment Act was passed in 1967 and a succession of amendments made it stronger over the next decade.

But the most visionary group in the Age Wave was the Gray Panthers. Founded by a group of labor movement veterans and other politically minded elderly, the Panthers were a decentralized group that delegated power to its local networks and developed a shared leadership arrangement instead of a hierarchical structure.

They organized clinics and other resources for self-help. And, they adopted a broad social and political agenda that included nationalizing transportation and the oil industry and opposing nuclear energy and “the concentration of corporate power.”

One of the basic principles of the Panthers was that it was not an organization only for old people. The original name was the Consultation of Older and Younger Adults. “One of the reasons our society is in such a mess,” said Panthers founder Maggie Kuhn, “is that we’re isolated from each other. The old are isolated by government policy.”

The fundamental problem for organizers like Kuhn was that by separating the elderly from younger people, society misses out on the wisdom, expertise, and commitment they offer. The aged miss out on the chance to take part in larger social movements driven by younger people. Instead of segregating the elderly, Kuhn argued for cooperative mixed-age communities that develop a vision drawn from everybody’s particular desires and gifts.

Unfortunately, that’s not what’s happened. Elder advocate groups continue to do good work, but most have focused on working within the system rather than creating an alternative to it. After Kuhn’s death, the Gray Panthers relocated their headquarters to Washington DC and reoriented as a membership-driven lobbying organization rather than a grassroots insurgency.

The progress made in the earlier decades has stalled. Age discrimination continues to be a plague, even though the elderly and near-elderly face rising health care and housing costs and the need, in many cases, to assist their children and grandchildren financially in an increasingly ruthless economy. This means more of them want or need to keep working than previously.

Older workers, nearing retirement age, increasingly find themselves in low-wage jobs or gigs. Often, in the case of women, providing home care to the very old for less-than-adequate wages. Nursing-home abuses, which were first exposed by activists in the 1970s, persist.

Very little of this registers with the private-sector employers, from Amazon to Wal-Mart, who see the elderly as a cheap labor force helping to hold down wages, or the for-profit housing and health care providers who stand to benefit from the whittling-back of Medicaid, Medicare, and Social Security.

And why not? By 2040, some one in five Americans will be age 65 or older, compared to about one in eight in 2000, according to U.S. Census Bureau projections, and the elderly will outnumber children under 18.

It’s not that anyone is suggesting the elderly go back to the senior-center day rooms into which they were shuttled in past decades. Indeed, the prevailing philosophy is that the elderly should be active. The problem is that nobody bothers to ask what kind of activity they’d like to be doing.

There’s no doubt the elderly welcome the opportunity to remain productive, useful, and (at least) involved, but their life experiences under capitalism vary dramatically. Some, who worked at physically demanding jobs, or in mining or other occupations that literally poison them, want and have earned the right to a long break. That is, to retire.

Many others are making the best of a bad situation, working low-paying jobs or picking up sporadic gigs, such as driving cars for Uber or doing seasonal inventories in warehouses (as documented in Jessica Bruder’s unsettling book, Nomad-land: Surviving America in the Twenty-First Century).

Rebuilding social ties just as the precarious economy is designed in part to make it harder for younger people to organize against the state and capitalism, it cuts social supports out from under the elderly who otherwise might use their energy and passion to help build movements of resistance. As a style of living, the scramble to make ends meet may or may not be an improvement over the nursing homes and senior centers, but politically, it accomplishes the same goal.

There’s no reason it has to be this way, and the initial vision of the Gray Panthers suggests a very different path. Households that continue to adhere to a non-atomized, non-capitalist model, such as many in the Hispanic community, often live in multigenerational arrangements, rather than expecting the elderly to migrate elsewhere.

They benefit not only from the material assistance that grandparents offer, but from the implicit criticism that the elderly often pose to the monetized, commercialized culture trying to seduce their grandchildren. Shared housing and pooling of resources are becoming imperative in an increasingly grim economic system, but they also provide an opportunity for generations to reconnect and develop collective strategies for survival, and in so doing, bring social assets back under community control.

This gets to the heart of what anarchists and other anti-authoritarians seek to achieve. Capitalism and the state value only those social configurations that fit well in a market-driven economic model: the individual worker/consumer, the nuclear family, the household.

This leaves out many of the elderly (and certainly the old old), especially if they are from low-income communities or are people of color.

Anarchism isn’t just revolutionary. It’s restorative, proposing to resurrect the social ties that capitalism dismisses and devalues, including those between ethnic groups and within the working class, local communities, and neighborhoods.

And, as importantly, those between generations.

Eric Laursen is a longtime anarchist organizer and writer living in Buckland, Mass. He is the author of The People’s Pension: The Struggle to Defend Social Security Since Reagan (2012, AK Press).