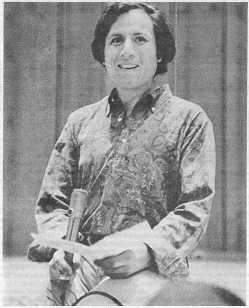 For several years we’ve been looking for physicians to help freeze people. With several exceptions, we haven’t had much luck. Most doctors are too frightened and conservative to even study our approach.

I’ve sent you literature under separate cover to explain our position and program, but very simply, we’re after the ultimate goal of medicine—indefinitely extended youth.

Cryonic suspension (freezing people) is the first rational, calculated step in this direction. We aim to give people who are dyirig a chance, no matter how slight, to live again, and promote research in the Life Extension Sciences so that some of us may not even have to die.

ANSWER: The ultimate goal of medicine is not indefinitely extended youth but health and happiness throughout life.

If the Cryonics Society were successful in bringing back to life even a laboratory animal you’d have every physician interested in your approach.

I’ve been trying to unfreeze people for the last few years myself.

How did Aldous Huxley die? I’ve heard rumors that he took a massive overdose of LSD because he wanted to experience death. Is that true?

ANSWER: No known human death has ever occurred as the result of an LSD overdose. I’m speaking of pure, not adulterated, LSD. And I’m not including suicides.

Aldous Huxley died of cancer on November 22, 1963. His early experiences with the psychedelic drug, mescaline, were vividly described in “The Doors of Perception,” published in 1954.

Several published studies have indicated LSD relieves suffering and fear in people facing imminent death. The insight gained into life processes allowed them to accept death peacefully. Aldous Huxley is said to have taken LSD just before he died.

Is it correct to assume that a woman can reach a climax only in one position or should she keep trying different ones all the time? We’ve tried everything, but I always seem to come back to one position.

Both my boyfriend and I are energetic, educated, busy, and healthy. We meet about two or three times a week. He is 54. I am fifty. We met 2-1/2 years ago.

ANSWER: Position isn’t everything. Why not experiment? Some books you may find helpful are:

The Art and Science of Love—Albert Ellis, Ph.D. Dell-95 cents.

I’d like to say that being awakened by the most intimate gesture of love is a much better way than a peck on the forehead or mouth! My late husband did awaken me in that manner many, many times.

It was wonderful. It gave us much more than physical contact, but an awareness of our love for each other. He’d go to work feeling that I really loved him and was always anxious to return home. I’d feel wonderful all day, knowing that I did something to assure him that he was my man.

All day I’d go out of my way to do something especially for him. I’d greet him at the door with a hug and big kiss or two. Then after I’d served him one of his favorite things for dinner, did the dishes and had put our little kids to bed, we had our fun together!

I think there must be many divorcees and widows that would like to have a husband that was slightly a “perversionist”. I know I would!

DEAR DR. HIP POCRATES is a collection of letters and answers published by Grove Press. $5 at your favorite bookstore.