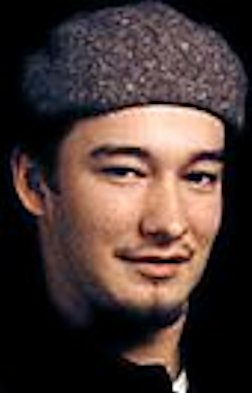 On September 17, 24-year-old Earth First! activist David “Gypsy” Chain was pronounced dead in the woods he was working to defend.

Gypsy died from massive head injuries after being struck by a giant redwood purposely felled towards a small group of North Coast EF! activists who had gathered to protest an illegal logging operation on Pacific Lumber/Maxxam company land near Grizzly Creek State Park in Humboldt County, California.

Chilling video tape footage captured by activists on the scene recorded the logger who felled the tree, known only as “A.E.,” making death threats to the protesters just before David was killed.

On the audio, A.E. is heard clearly yelling, “Get outta here! Otherwise I’ll fuckin’, I’ll make sure I got a tree comin’ this way! Ohhhhh, fuck! I wish I had my fuckin’ pistol! I guess I’m gonna just start packin’ that motherfucker in here, ‘cause I can only be nice so fuckin’ long. Go get my saw, I’m gonna start fallin’ into this fuckin’ draw!”

Before release of the video, Pacific Lumber (Falco) president John Campbell declared Chain’s death was a “tragic accident.” Local police failed to seal off the crime scene and no investigation was initiated. Gypsy’s fellow activists from North Coast EF! had to stop Palco loggers from re-entering the site the next day. They continued to stand guard at the place where this beloved member of the EF! family was slain.

We all know Earth First!er David Chain’s death was no accident. It was simply the latest escalation in a campaign of fear, intimidation and harassment perpetrated by lumber companies whose only concern is profits and expansion, directed at nonviolent forest defenders who love the woods and put the Earth first. Falco/Maxxam must be held accountable for Gypsy’s death, for the destruction of the world’s last unprotected ancient redwood forests and for condoning violence towards nonviolent activists.

Activists from the Mattole region of northern California and Cove Mallard in Idaho described similar confrontations with aggressive loggers in the EF! Journal. Their stories of being chased through the woods by gangs of loggers with baseball bats, having trees sawed out from under them and campsites ripped apart and burned in the dark of night, give a clear indication that this type of terror may happen wherever Earth First! is taking a stand against timber corporation chainsaws.

Naturally, the authorities are doing nothing to protect the activists from these corporate goon squads, which have now become a death squad. In fact, the same sheriff’s department now in charge of investigating David Chain’s death applied pepper spray directly to the eyes of Earth First! protesters during a civil disobedience action last year in a case of police brutality that made headlines across the nation.

David Chain will be deeply missed by the family of forest defenders he leaves behind and will always be remembered for his commitment to putting the Earth first. Please join us in mourning the loss of this brave activist from the frontlines of the ecological resistance movement and in angrily condemning Pacific Lumber/Maxxam for the blatant disregard for human life they have shown in their quest for profits.

We encourage all who are shocked by the climate of violence created by the timber industry and the authorities to express your outrage. It is reasonable to conclude the same fate awaits other peaceful environmentalists if something is not done to prevent it. Not one more eco-warrior must die in defense of Mother Earth. The message in Gypsy’s death is loud and clear: putting the Earth first means putting your life on the line.

Here’s what you can do: Organize protests, rallies, marches, press conferences, letter campaigns and vigils. Issue press releases and solidarity statements to the media. Write letters or submit editorials to your local newspapers. Speak out on free-radio and community radio stations. If at all possible, come to Humboldt and join the resistance!

The men responsible for Gypsy’s death have names; here are two who bear some of it most heavily:

An injury to one is an injury to all! We must defend the right to engage in protest, civil disobedience and nonviolent direct action to protect the forests David Chain died to save, and stop the destroyers of the Earth who committed this crime from doing it again. We did what respect for the Earth demanded we do. And they killed him for it.

David Chain gave his life for the wild. Justice must be done! Groups that are organizing the fight for justice for David Chain are:

Copies of the video tape can be obtained through the Earth First! Journal. Donations for the Gypsy Legal Fund and condolence cards for his family can be sent to the Trees Foundation, POB 2202 Redway, CA 95560 (707) 923–4377.

“The eco-warrior does not fight people, he fights an institution, the planetary Empire of Growth and Greed. He fights not human beings, but a monstrous megamachine never seen since the days of the Jurassic and the carnivorous dinosaur. He fights a runaway technology, an all-devouring entity that feeds on humans, on all animals, on all living things, and even finally on minerals, metals, rock, soil, on the earth itself, on the bedrock basis of universal being!”