The Article: The Political Equality of Woman

As interest in the history of anarchism increases with each passing year, we stumble across more lost gold mines of sources. I recently discovered one in Philadelphia which connects Voltairine de Cleyre, the celebrated anarchist speaker, poet, essayist and activist, with an anonymously published feminist article “The Political Equality of Woman.” Publishing it here for the first time in 105 years is cause for a small celebration. 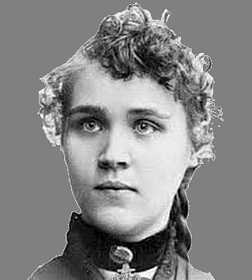 On July 18, 1980, a team of archivists from Temple University left the home of Gertrude Traubel in Philadelphia’s Germantown section. After a week of sorting and packing, the archivists had collected 50 cartons of papers and cleared the house in accordance with their agreement with the estate. Gertrude was involved in some radical activities in her day, including teaching as a visiting instructor at the Ferrer Modern School around 1914. The collection consists mainly of letters received by Gertrude, by her mother Anne, and most importantly, by her father, Horace L. Traubel (1858–1919). Traubel was a socialist, a poet, the secretary and biographer of Walt Whitman, and, from 1890 until his death, editor of the Conservator. This monthly newspaper discussed literature and politics from a socialist perspective, and it was respected by social reformers of every stripe. Horace also was a co-founder of the Ethical Culture Society of Philadelphia, which is something like the Unitarian Church, but using the study of philosophy (instead of religious devotion) as its method.

Alongside this pantheon is an even more formidable collection from distinguished anarchists of the day, such as Leonard D. Abbott, Harry Kelly, William Bailie, Benjamin R. Tucker (editor of Liberty), Emma Goldman, Moses and Lillian Harman (editors of Lucifer), Hippolyte Havel, Robert Henri, Abe Isaak, Joseph Ishill, Victor S. Yarros, Ernest Howard Crosby, Margaret Sanger (who was an anarchist in the early part of her life), and one very special letter from Voltairine de Cleyre, a revered personality in the annals of the Philadelphia movement.

Written on a single sheet of lined notebook paper in her gorgeous handwriting, the letter reveals her authorship of a forgotten feminist article, and also comments on the individualist-anarchist periodical Liberty. It mentions a poem too, but we do not know which one.

Voltairine de Cleyre was one of the most respected and distinguished anarchists in the United States during her life. Born in Leslie, Michigan in 1866, she received part of her education at a convent school. She inherited a sharp intellect and a measure of radicalism from her French-born father and her US-born mother. When she arrived in Philadelphia in 1888 to speak before an atheist group, she met James B. Elliott, a carpenter and a devotee of Thomas Paine. Elliott, also mentioned in the letter, became her lover for a short time, and was the father of her only child, Harry, born in 1890. De Cleyre continued living in Philadelphia until 1910, when she moved to Chicago. She was strongly considering her return to Philadelphia when she died from a sinus infection two years later. [i]

The letter is undated, but clearly refers to an article published in the July 1894 issue of the Conservator. We can safely surmise that Voltairine chose to sign the article with the initials “M.W” to pay homage to the great early feminist Mary Wollstonecraft (1759–1797). During the mid-1890s when this article was published, de Cleyre was lecturing and writing essays and poetry about Wollstonecraft. [ii]

There are other instances during the same period when Voltairine published articles in the radical press anonymously. The Rebel, a Boston anarchist paper (1895 through 1896) ran some of her contributions with the initials “XYZ.” [iii] In 1903, she contributed material to the atheist-free love journal Lucifer as “Flora W Fox.” [iv]

This article is similar to a speech defending Emma Goldman, delivered by Voltairine on Dec. 16, 1893—seven months earlier. Both contain biblical references, and both demonstrate that “rights” are a farce when the material conditions for equality do not exist. [v]

I enclose you the MSS. of a poem recently written, which I hope you may find available for the Conservator. If not kindly return it at your convenience.

Permit me to express my thanks for your kindness in printing a recent article of mine over the signature M.W. I was exceedingly surprised since I supposed Mr. Elliott had put it in the fire as I told him to. But certainly I was far better pleased to see it in so much preferable a place.

I think the Conservator is distancing all its competitors in the advocacy of the liberty of the individual, and I hope you will be able to continue it for “lo, these many years.”—My own pet journal—Liberty—simply “isn’t in it” when compared with the Conservator—for broadness of view. Of course I don’t refer to its hobby (also mine) of anarchism, for there I more nearly agree with it—but in regard to the whole problem of life.

The Article: The Political Equality of Woman

From the beginning the demand for the political equality of the sexes has been met by three determined opponents—the priest, the politician, and the scientist. The first two have been, at least partially, convinced or silenced. Those who continue to vociferate fall back upon the scientist for arguments, which last continues to smile and smile and be a fossil still, for a most excellent reason -the leaders of the political equality movement, with a few exceptions, have failed to put their claims upon a modern scientific basis. They don the worn-out armor of the past century, and endeavor to fight dynamite with a coat-of-mail. One is stuffed to satiety with the jargon of “natural rights,” “inherent rights,” “inalienable rights,” “all are created equal,” etc., formulas expressive of the metaphysical stage of thought which dominated the last century, and to disprove which is the easiest possible task for the stern devotee of “facts.”

It may be venturesome for the writer to suggest the query whether this is a matter of ignorance or of policy on the part of the suffrage leaders. It is difficult to suppose the former, and might very reasonably be the latter, since it is an utmost piece of daring to attempt to carry a reform by breaking a nation’s idols, and the American voter is most stupidly and stubbornly “wedded to the idol” of natural rights. Yet nothing is clearer than that, as is generally the case where policy compromises truth, we shall cut but a sorry figure before the tribunal of the wise if we continue to base our claims on that which is itself baseless.

Natural rights! They do not exist.

You have a “natural right to life, liberty and the pursuit of happiness.” So has a sheep or a potato, and you do most tyrannically deny it when you eat them. You smile at this, and complacently continue to eat, and remark, calmly, “Oh it is a sheep.” “Precisely,” smiles back the iconoclast of “natural rights,” “and you are a woman.” The sheep has no natural rights that you are bound to respect, because it has no power to force you to respect them. Nature’s ideals are not rights, but powers. According to her, the master class alone has “rights,” and the struggle for rights is the struggle for the division of power; only when the power is obtained do rights exist. To illustrate: a man has a “right” to live, it is said, but place this man without capital or opportunity to work, as thousands are placed today, and what becomes of this right to live? He has no power to live, and must therefore starve. The same inexorable logic applies to woman. The place which she has occupied in society at any given period of history has been the precise measure of her rights at that epoch. These have been constantly widened with the evolution of society, and it is the business of the claimants for political equality to show that the circle should now be extended to include that “right,” because woman’s position in society is so altered as to enable her to enforce that demand. And to satisfy the scientist it should be shown that this new position is in accord with the historical progress of man. The whole question of rights and equality, political or otherwise, arose when, in the struggle for power, the individually weak races of the world pooled their strength to outwit the individually strong, and in some doing gave birth to society. In order to obtain the power of united effort, however, the individual effort had to be in some measure curtailed—how much and how far has been the eternal subject of dispute. Every epoch renders its own decision. And the examination of these decisions proves that those nations have attained nearest to nature’s ideal of power, which, while consolidating their material and spiritual interests, have at the same time allowed the greatest amount of liberty to the individual, liberty being synonymous with equality.

Every new definition of right, every fresh leveling of powers, has been bought with the blood of the bravest and best; bought by the sacrifice of those who climbed Mount Pisgah [vi] but never made it to the Promised Land. Changes in the material conditions of society have made these questions imperative. The system of vassalage whereby Europe gained its bread and butter crashed, like a top-heavy iceberg, and turned over monarchical institutions with it, when it had reached that point of development where the Titan beneath could no longer bear its weight. Of this bitter travail the right of suffrage (to men) and representative government were born. The position of woman was not much altered thereby Now the child of feudalism, capitalism, with its iron-shod feet, tramps the blood from the heart of the woman, who is no more the household goddess, but the tool which fashions profits. Woman must become self-supporting, whether she will or no; for wages fall, men cannot support families, and women must work or starve. Let it be so. She suffers, and dreams of “rights.” She claims some other cause of consideration than that of wife, mother, sister, daughter; she stands alone, she becomes strong, and in recognition of her strength presses her claim of equality. She is buying it with the sweat of unpaid toil, with the flesh of her emaciated fingers, with the blood shed on her unsung battle-fields, in the weary journey through the wilderness. When she has sweat enough, starved enough, bled enough, she, too, may climb Mount Pisgah. And those who come after will inherit the victory.

i. The definitive work on de Cleyre is: Paul Avrich, An American Anarchist: The Life of Voltairine de Cleyre (Princeton: Princeton University Press, 1978).

vi. In Deuteronomy, Chapter 34, God shows Moses the promised land from the top of Mount Pisgah and said that he would give it to Moses’ descendants. Moses then died in Moab and never reached Israel, which he had been trying to reach for forty years.