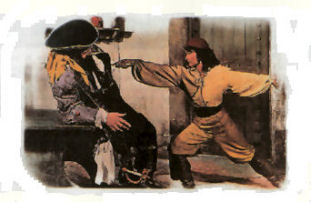 How to Play: You take a series of books off your shelf in the order they sit there. Working through them in sequence, you open them at random, selecting the phrase or clause that strikes you, and create a text in this way. (It’s also possible to make a title in this way). As a variant, this can also be played with more than one player, by taking it in turns to add a sentence, phrase, clause or half-sentence.

She sat up and went to the bookcase Jimmy had built along the wall beside the fireplace that was all show and no action. She took the bottle down from behind the big fat book that a guy named Gibbon had written and pulled the cork with her teeth.

He watched her intently, as she drank. This was it. The stage was set. She yawned again, half staggered to her feet, wove toward the divan and threw herself down upon it. Her breathing became heavier and heavier, as the sleeping drug overcame her.

She had just enough strength to come and fall into his arms. I saw the man’s two great pale hands, open, the fingers scarcely clenched, pressed against the woman’s back. A sort of desperate trembling took hold of them; it was as if a huge angel were struggling in the room and trying in vain to escape into infinity; and it seemed to me that the room was too small for this couple, even though it was full of the evening.

Mark flung his arms around her and waltzed her around the cramped room with awkward abandon until they both lost their balance and tumbled in disorder across the big double bed. His arms were still around her, and she felt them tighten as he sought to pull her close around him.

Pirates are hot to puncture. After they’ve done this, they need to piss or shoot into another person. This is why this, my body, is the beginning of pirate sex. All of us girls have been dead for so long. But we’re not going to be anymore.

The artificial gale tore their clothes from them and tossed them lightly sailing on to the desert air. As we watched, one of the girls gave up the struggle against the maelstrom and let go, to follow the passage of the black velvet dress of which the wind had stripped her. Up it went, the wing of black velvet, unfurled like the black flag of freedom and despair, the black flag of the victory of the spirit.

I wondered what San Francisco would be like. I realized there would be girls, lots and lots of girls. Lots and lots of lesbian girls. The jittery panic made its holy transformation into a sort of adrenaline that gushed through my body. I would be with girls and I would write poetry.