Mega-towering, teetering, multi-national corporate headquarters ablaze with over-sized neon logos that are sometimes lost in the clouds, dominate the skyline, but can’t quite obliterate the dreamy and defiant mountains behind them.

Below, in the pedestrian and car jammed streets, omnipresent 7-Eleven convenience stores push porn and beer, while the moneyed class shop in ultra-chic designer boutique malls, buy jewel-encrusted Vespas, intricate mammoth ivory carvings, or order giant, endangered species lobster for dinner. But if you’re local and homeless, an accommodating Kowloon slumlord just across on the mainland will rent you a five-foot long metal cage to sleep in overnight. On a recent two week Hong Kong tour where I played live music shows and gave a Creative Resistance workshop, I was fortunate to meet artists, activists, anarchists, and others who resist the temptations to buy, buy, buy, but still put in 12 hour work days, six days a week, eat on the run, and survive the frenetic pressure-cooker lifestyle that defines daily existence. 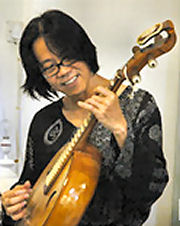 Activists in Hong Kong have overloaded agendas fighting for social housing for the un-housed, for minimum wages for migrant worker Filipina domestics (imagine a 400 square foot high rise condo inhabited by a middle class couple and their status-defining live-in maid who sleeps on a padded bench), for solutions to the suffocating pollution drifting in from mainland factories, and seemingly stubborn, public indifference.

At first, they said, activists were having a tough time reminding locals of the recent 20th anniversary of the 1989 Tiananmen Square massacre in Beijing when thousands of people were killed by Chinese troops. As elsewhere, Hong Kong citizens are obviously more concerned about surviving the current economic meltdown then fighting for anyone’s rights.

On the mainland, past the border, discussing the student-led Tiananmen democratic movement and crackdown is still a political taboo, and anyone who tries suffers police repression. At a University of Hong Kong forum, students debated whether it was in fact a massacre. But to everyone’s surprise, the day of the actual anniversary, the public responded to a call for a candle light vigil 150,000 strong.

Activists are calling 2009 a “sensitive year,” since it also marks the 60th anniversary of the founding of the People’s Republic of China. Everyone agrees that since the transfer of power in Hong Kong from British rule in 1997, China is tightening its authoritarian vice-grip on existing political freedoms, yet indefatigable, unbending local anarchists, like Lenny Guo, still raise the black flag high.

A veteran Hong Kong anarcho singer/songwriter (from the legendary band Blackbird), journalist, documentary filmmaker, and organizer of the annual Freedom Music &Arts Fair, Lenny spoke to me about anarchism in Hong Kong today.

In 1995, Lenny had invited our Montreal band, Rhythm Activism, to contribute a track to a Blackbird compilation CD, called Uniracial Subversion. After years of correspondence, I finally met him in person on this visit and experienced his phenomenal talent live on stage.

Lenny calls himself an “artivist,” a term he coined, he says, “to identify those who use art to direct activism. I also call myself a dysfunctional musician, anti-linguistical poet, an impromptu organizer, and a true-life liver.”

Asked how he would describe the Hong Kong anarchist scene, Lenny said, “There is no scene in terms of anarchist culture or activities, no publication, no affinity groups, no gatherings. Your performance is a weirdo thing for most people [I performed radical spoken word pieces in a Hong Kong indie art centre, the ACO, accompanying myself on a looped, sampled violin. Lenny and friends played before and with me]. There are young students and activists that have anarchist tendencies, but the history or idea is never discussed in any form since our group disbanded around the late 1980s.”

Lenny was referring to a large collective of Hong Kong radicals, anarchists and other leftists, that ran the Black and Red bookshop and published the Chinese-language tabloid, The 70s. This group included a smaller, loose collective of four or five people who published the widely distributed and highly influential anti-authoritarian journal, Minus 8 which started in 1976. The journal’s title changed yearly and referred to the number of years remaining before 1984.

“After we closed the bookshop and stopped publishing the papers,” he said, “we started the People’s Theatre and Blackbird. The theatre and the band eventually split, owing to different stances on the band’s insistence on self-reliance survival and the theatre group accepting government and foundation funding, and went their separate ways. The theatre ceased its activities long before the [political power] hand over, while the band disbanded in 1999 after finishing the last recording, ‘Singing in the Dead of the Night’ (Broken Wing Music, Hong Kong). The on/off declamations about anarchism by our band were always met with apathy,” he said.

“However, I plan to follow up your visit to revive some local discussions about anarchist ideas by publishing a tabloid later and activating the site, anarchina.org which has been set up for a while but without any content. I’ve since collected a wealth of interviews to upload and publish with noted scholars like Arif Dirik, Ronald Creagh, a young Seattle anarchist, and the anarchist heading the China operation of an international environmental NGO.”

Although there is no longer an anarchist bookstore or even an infoshop in Hong Kong, Lenny spoke about the Social Movement Resource Centre (SMRC) where he once worked as the coordinator, and the [Indymedia inspired] INMEDIA centre as projects that attract individuals and small groups of anarchists.

“The SMRC is a centre which is now autonomous from the direction of the Hong Kong Federation of Students, a federation comprised of all the student unions of the universities in Hong Kong. The SMRC has a long history of defying the management of the central student body. It is now more like a group of people who provide support sometimes when there are actions about various issues, most notably during the 2005 World Trade Organization protests in Hong Kong,” he said.

Several thousand protestors took to the streets during the WTO meeting in some of the worst street violence Hong Kong had seen in decades. Among the more memorable photographic images: Korean peasants using their bare hands to snatch police shields from riot cops who had attacked them.

One of Lenny’s ongoing projects is organizing the annual Freedom Music & Arts Fair that assembles a dozen or more performing artists, writers and musicians, including Lenny himself, on an outdoor stage.

“This is the yearly art action we mount in order to uphold the demand to give the Chinese the freedoms promised in their constitution,” he said. It’s also an opportunity for us to cultivate a culture of freedom, to cleanse the hypocrisy and corruption of the Chinese Communist Party.”

In the past, the Freedom Music & Arts Fair took place on a beach, in public parks, community centres, city squares, football grounds, wherever Hong Kong artivists could find available space. Hundreds of people attend each event. This year, it unfolded on the 9th story panoramic rooftop of the Hong Kong Jockey Club Creative Arts Centre, and once again, was a huge success.

The Fair always precedes the June 4th Tiananmen Square massacre commemorations, and this year, Lenny said, “The 20th anniversary, was even more vibrant.”

This year’s Freedom Fair featured a forum by a Taiwanese activist writer and a band that focused on agricultural issues who presented their perspective on the mainland. The major coalition group commemorating those killed, the Hong Kong Alliance in Support of the Patriotic and Democratic Movements in China, held a 10,000 person mass rally and march on May 31, and a candle light vigil June 4 that drew 150,000 people.

Numerous other groups organized diverse actions like artistic happenings in the cultural centre podium, democracy kite flying actions, and a new generation of young people, post 1980s, born after the massacre, organized a show of their creative work.

As Lenny said, “It is comforting to see the old are not departing and the young are joining in. But I still think that more should be done to foster real change for mainland China. For example, let’s move our actions inland! People have reservations about this because of security concerns. But I am planning a tour in the southern regions with a collection of songs about civil society later this year.

“I’ve hated shouting outdoors. I’d like to come inside.”

Lenny Guo recently published a fascinating, 200-page bilingual English/Chinese book about his band called Singing in the Dead of the Night, containing interviews, song lyrics, sheet music and a sample CD of the band’s music. His label, Broken Wing Music, also released a beautifully packaged, retrospective bagset, “Body of Work, 1984–2004.” This is a complete set of seven Blackbird music CDs with bi-lingual liner notes in English and Chinese. Order the book and CD set as one package, for 400 Hong Kong Dollars, international airmail postage included. Email: bb@blackbird.hk. Web sites are freedomfair.artivist.org and www.blackbird.hk

FE note: At least 60 people remain jailed in China since the June 1989 Tiananmen Square protests, according to human rights campaigners in the Dui Hua Foundation, an advocacy group for political prisoners.