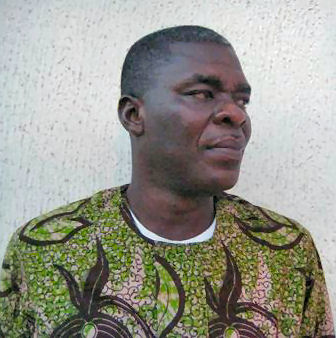 Sam Mbah, Nigerian activist, journalist, lawyer, and co-author of African Anarchism: The History of a Movement, passed away November 6, after suffering unexpected complications from a heart condition for which he had recently undergone surgery.

Mbah was an outspoken advocate of anarchist alternatives to global capitalism, and dedicated his life to providing anarchist models of organizing against government corruption, militarism, climate change, and other social and environmental issues.

During his youth, Mbah co-founded the Awareness League (AL), an anarchist organization, with a small group of other young men who, like Mbah, had been obliged by Nigeria’s former military government to complete a one year national service.

The League organized with other Nigerian civil society groups as well as international anarcho-syndicalist groups to resist the militaristic regime of the junta government which had been established in 1983 and lasted until 1999.

In the late 1980s, Mbah was brought to the attention of the American anarchist movement through the work of Neither East Nor West-NYC and the Workers Solidarity Alliance. They arranged a 1998 tour where he spoke in many U.S. cities, as well as supporting his group in several other ways.

When the Nigerian dictatorship arrested four AL members, demonstrations were called at seven of the country’s consulates on an International Day of Action in February 1993, including Moscow, Rio de Janeiro, Dublin, New York, London, Berlin, and Hamburg. All were freed, the four being the first prisoners allowed bail under an emergency decree.

Fifty-nine articles in 16 languages were published on the case from as far away as Turkey, Estonia, South Korea, and South Africa. The Nigerian state then left the dissidents alone.

In a 2012 interview, Mbah mentioned that he and other activists had established a new group called Tropical Watch to focus on issues of sustainable development, environmental protection, and industrial and governmental corruption.

A significant part of Mbah’s legacy is his dedication to building upon the parallels between anarchist values and the systems of social and economic organization practised by many African peoples prior to the colonial imposition of capitalism and rigid social and political hierarchies.

“[A]narchism as an ideology, as a corpus of ideology, and as a social movement, is removed to Africa,” He stated in the interview. “But anarchism as a form of social organization, as a basis of organizing societies, that is not remote to us. It is an integral part of our existence as a people.”

In an era of catastrophic environmental exploitation, it is increasingly imperative that anarchist movements worldwide actively support Indigenous struggles for self-determination and the preservation of the natural world.

Mbah has left us with the models for organizing which our movements need in order to accomplish meaningful solidarity and genuine progress towards a future that is not swallowed by the ravages of global capitalism.

Honouring the memory of someone so dedicated to social change should be done not through passive mourning, but rather through heeding his words, and spurring ourselves towards the type of dedicated action which his life exemplified.