Produced by 333 Midland at their Annex Gallery, 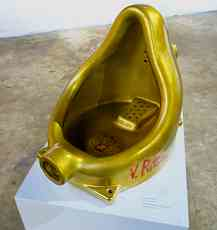 333 Midland is located in a complex of abandoned postindustrial factories brought back to life by a renaissance of Detroit artists.

“Throne for a Clown”: Loren’s piece celebrates the 100th anniversary of Marcel Duchamp’s “Fountain,” which outraged the art world in 1917. Loren says his piece also references, “Trump’s psychosexual “golden shower” episode which was rumored to have been video taped by Russian agents for kompromat and future blackmail. Also, videos with Trump boasting about his expensive golden bathroom fixtures. 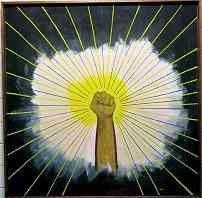 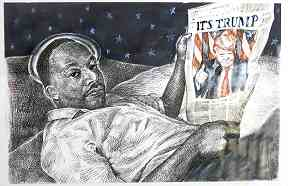 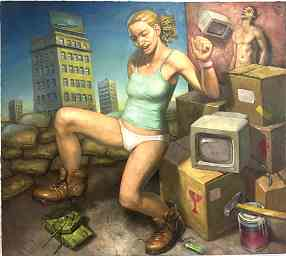