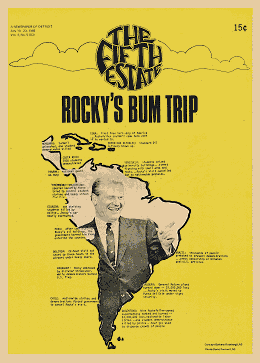 PERU: after confiscating Rocky’s oil holdings, the government barred him from entering the country

CUBA: first free territory of America...Rockefeller couldn’t come here even if he wanted to